‘You can’t be a billionaire’ – Troll attacks BBNaija Laycon 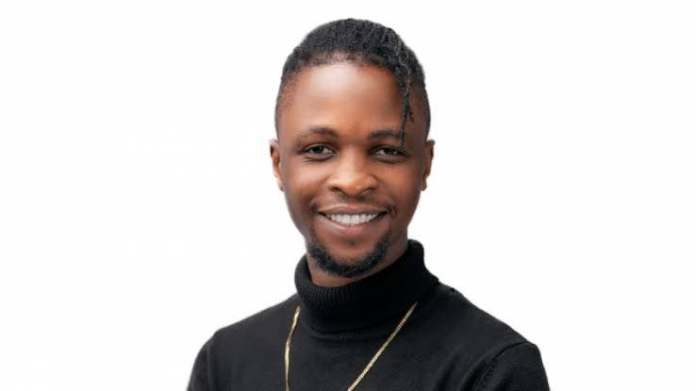 A troll identified as @TheRealEbony4 on twitter has attacked Big Brother Naija season 5 winner, Olamilekan Agbeleshe for talking about being a billionaire someday.

This comes after the rapper made positive affirmation to himself about his wish to become a billionaire.

According to @TheRealEbony4, Laycon can not be a billionaire by just tweeting about it or by wishing. She added that becoming a billionaire is not by magic but by hard work. 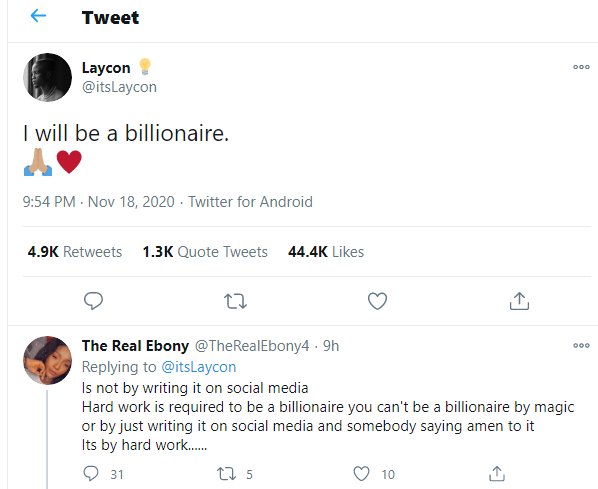 Barely a year after his 3rd marriage, Singer, 9ice exposed on social media for cheating on his wife with a slay queen