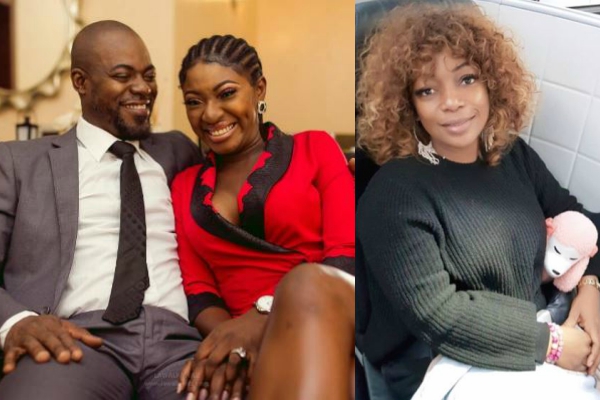 After years of keeping malice with each other, Nollywood actresses, Bimbo Akintola and Yvonne Nelson have finally put their swords to rest.

Recall that in 2019, the relationship between the two bestfriends went sour and there were speculations that Bimbo Akintola had a role to play in Yvonne and Abounce’s marriage crash. Although the exact role she might have played in the crash was not disclosed, but since then, the two ladies have stayed out of each other’s business.

Until recently, the two celebrities were spotted together at an event in Lagos. In the video that surfaced on social media, Yvonne and Bimbo Akintola were seen seated at the same table  and expressing good spirit among themselves whilst they happily jam to music.

(Video) Toyin Abraham pays Mercy Johnson a visit at her…

‘They are friends with benefit’ –…