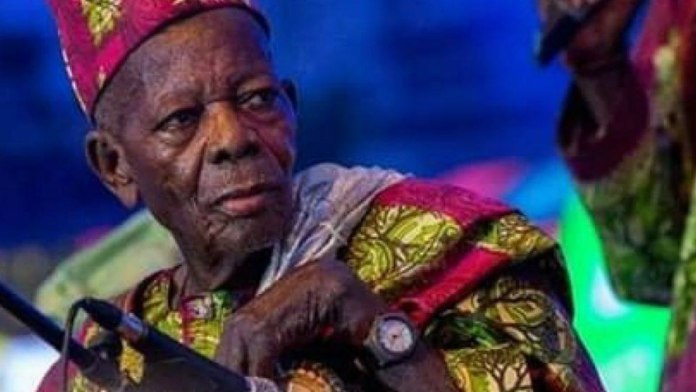 Popularly known as Adewole Onilu-Ola, the drummer died at the age of 97 at his Keesi-Arinlese residence in Abeokuta after a brief illness.

His death occurred a month after his birthday held in the state capital.

One of his children, Kamilu Adewole announced the death of Pa Adewole on behalf of the family on Tuesday night, a few minutes after the octogenarian died.

Kamilu said, “This is to announce to you all that Alhaji AbdulRahman Adewole, Adewole Onilu Ola has passed out.

“He passed out at his residence today (Tuesday) a few minutes ago.”

The family disclosed that the remains of the iconic Apala music drummer will be laid to rest in accordance with Islamic rites at his residence located behind the Emmanuel Anglican Primary School, Keesi in Abeokuta on Wednesday at 4pm.

It would be recalled that the renowned drummer alongside his late boss, Ayinla Omowura, were known in the Apala music world in the country and beyond, between 1970 and 1980.