BBNaija: The Moment Tacha and Dorathy linked up for an upcoming project (Video) 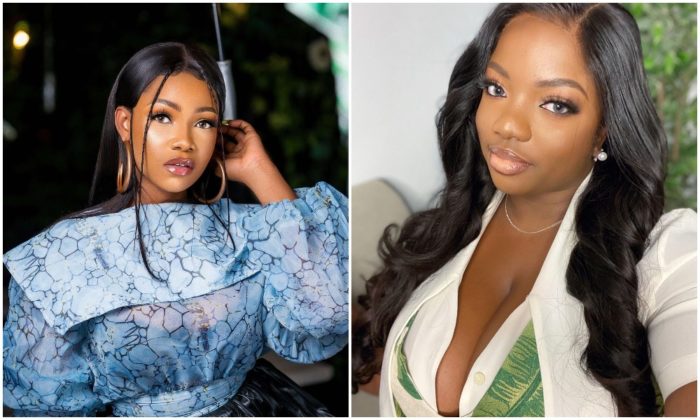 Two stars of the Big Brother Naija reality show, Tacha and Dorathy are set to collaborate on a new project as a video of them linking up in what is expected to be an exciting project has gone viral online.

Tacha, who got disqualified from the season four edition of the reality show, has gone ahead to be one of the biggest housemates from that season against all odds.

Dorathy, on the other hand is the runner up of the fifth edition of the reality show and has been been bagging endorsement deals with notable brands since leaving the house.

“Don’t go about over doing good, the world is…

The two former housemates related well with each other when they met as they walked side by side.