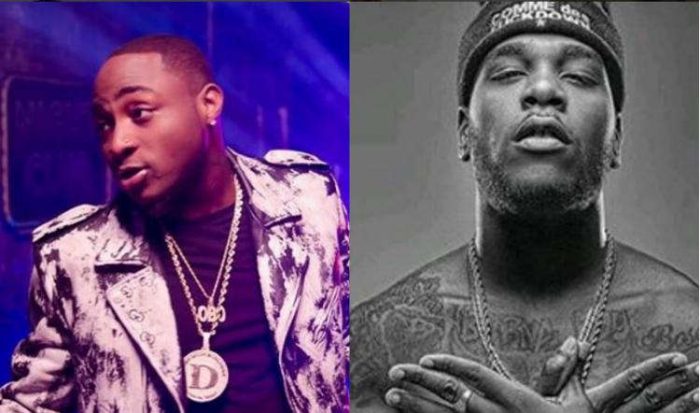 According to multiple reports that have surfaced online, it claimed Nigerian superstar singers, Davido and Burna Boy clashed at a nightclub in Ghana.

Eyewitnesses alleged that there was a scuffle after Burna Boy ”moved” to Davido at Twist nightclub. 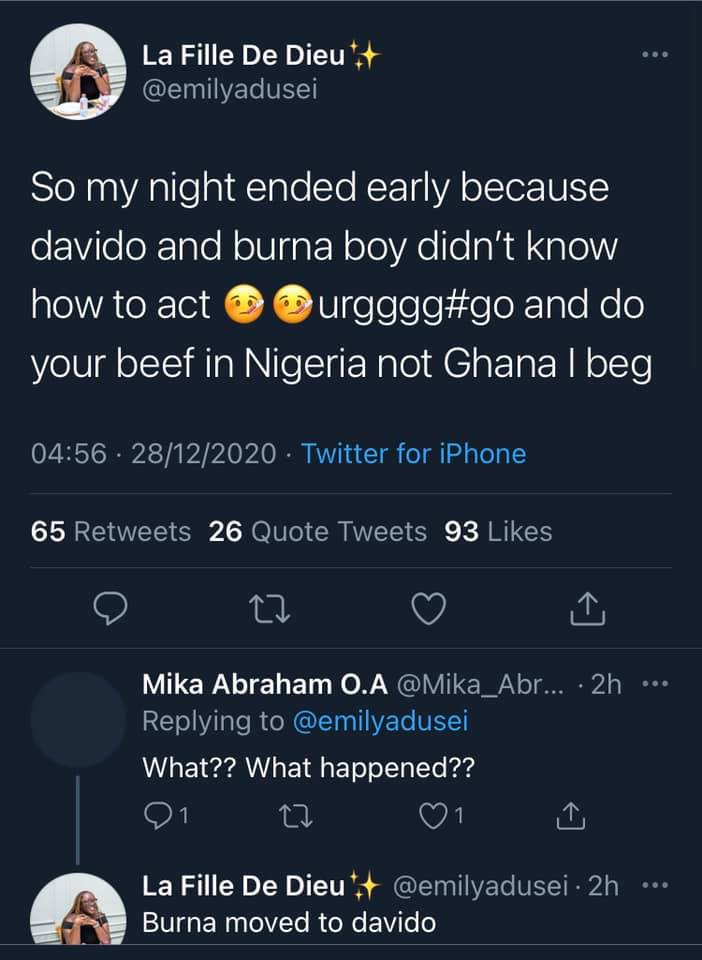 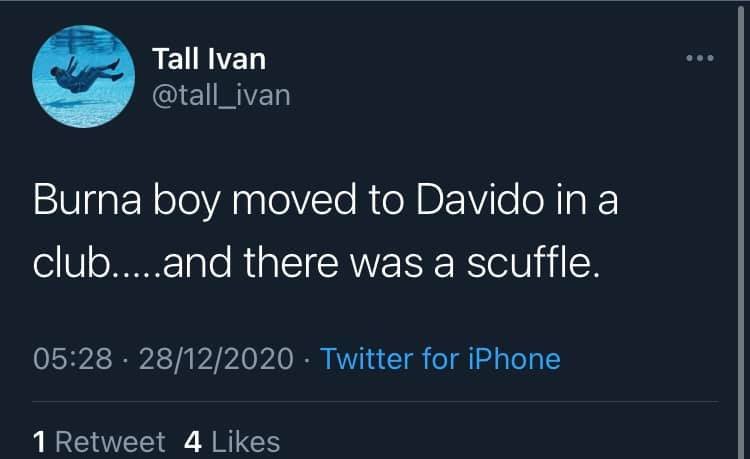 Watch a video below;

Burna Boy is currently in Ghana and DMW boss, David Adeleke Davido as at yesterday announced he was on his way to Ghana. Reports have confirmed the DMW star is also presently in Ghana.

As at the time of this reports, none of the two sides have said anything about it.

Davido and Burna Boy have been known for throwing shades at each other online but it has never gone beyond that.