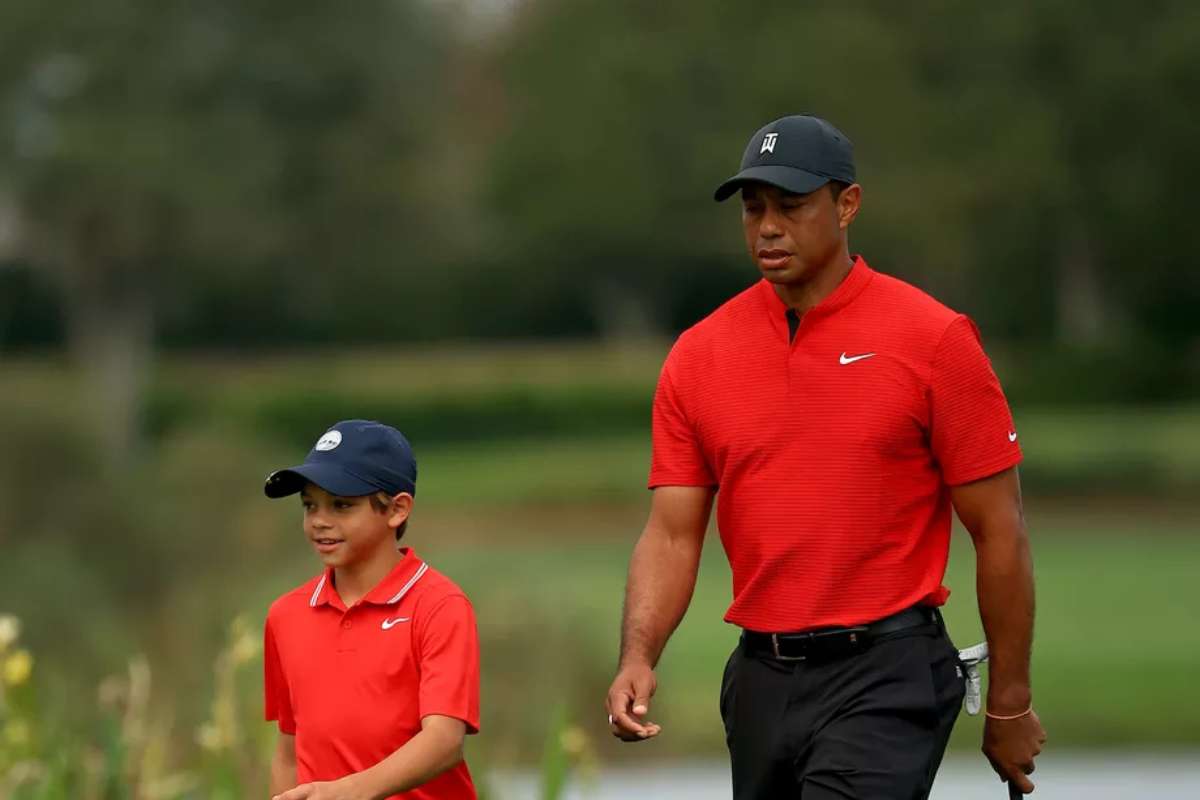 There is nothing like parent seeing their children doing better than they have done and this can be seen in the case of Tiger Woods and his son, who also plays golf.

Charlie Woods is already a national phenomenon at the age of 11, he is exhibiting most his dads mannerism and already awesome at golf.

Charlie became a national phenomenon while competing alongside his dad at the PNC Championship, a father/son scramble at the Ritz-Carlton Golf Club in Orlando, Florida.

The Woodses finished with a 62 in the both rounds of the 36-hole event, placing seventh overall at -20, but it sure felt like no one was having more fun than them during the weekend.

Justin Thomas and his father Mike won the event by one shot over Vijay and Qass Singh. The PNC Championship is limited to players who have won a major or The Players Championship.

Charlie Woods showed off a beautiful swing and copied his father’s mannerisms to a tee during his debut round at the PNC Championship. He even wore a red shirt on Sunday, just like his dad. This is one of the feel-good sports stories of the year, and it couldn’t have come at a better time.

In the below video, we can see spectacular moments of Tiger placed side by side with that of Charlie, and we can barely tell the difference.

BBNaija: Tacha shows off the cow she bought ahead of her 25th birthday (video)