A Twitter user identified with the handle, @jeyleekrane has taken to the platform to narrate a incident while hopping on the #sugarmommy trend.

According to him, he revealed that the sugar mummy reportedly hired thugs to storm the traditional wedding of her younger lover and disrupt the ceremony.

The hired hoodlums were said to have disrupted the traditional marriage and also carted away food.

See also: Someone should help me beg God – BBNaija’s Ifu Ennada cries out in frustration

The Sugar Mummy also took the keys to the car she bought for him and insisted that the groom must refund the N2.5m, she recently spent on him.

According to our eye witness them say #Sugarmommy collect the guy car keys , Pack all the food stuffs , insist that the guy most refund 2.5million spent on him the last months,” he wrote. 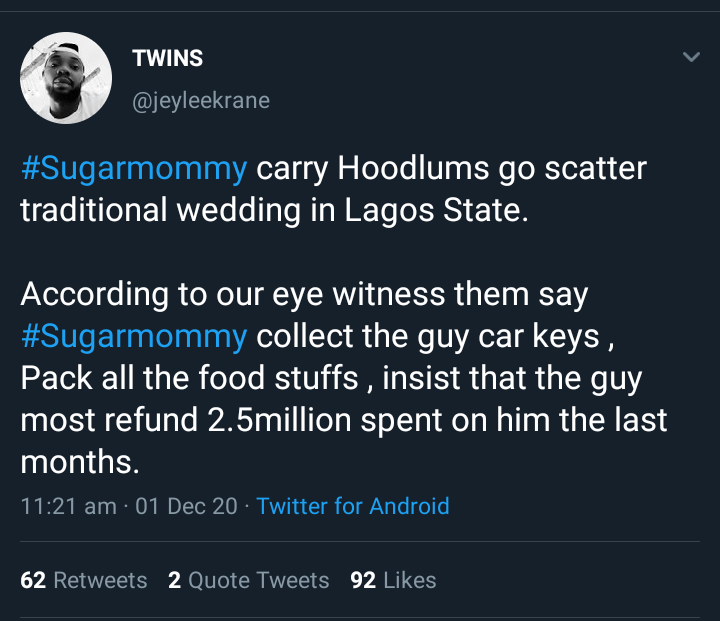 Nollywood actress, Ruth Kadiri encourages couples to check each others phones, see why