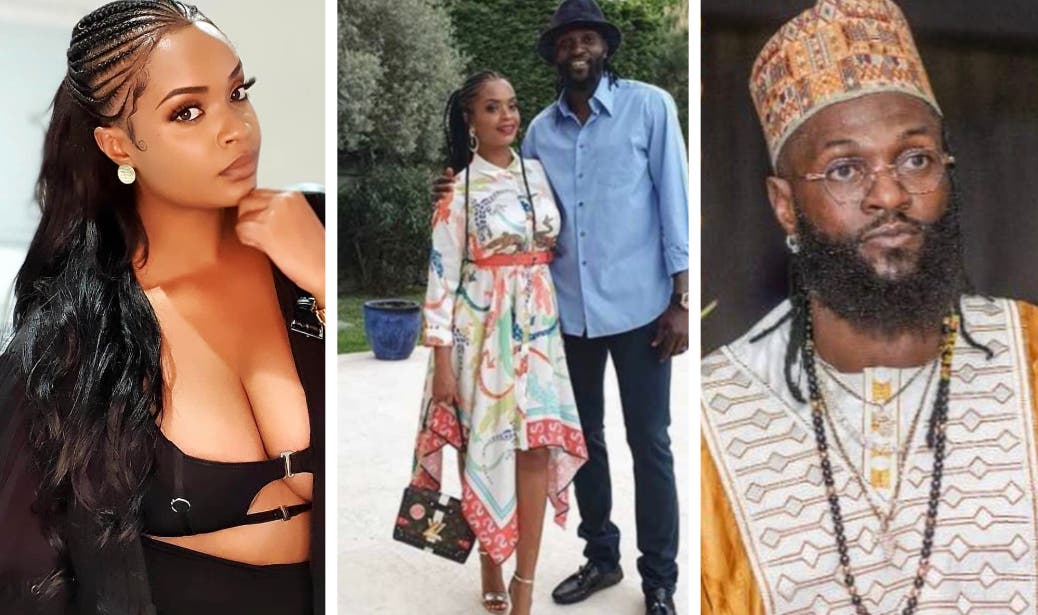 Former Arsenal striker, Emmanuel Adebayor, has finally given his own side of the story as to why his relationship with Big Brother Africa, 2013 winner, Dillish Matthews ended.

Recall that Dillish via her Instagram revealed that she left the relationship because she got tired of being humiliated by the footballer on the internet.

She also refuted the claims that the relationship crashed based on alleged unfaithfulness.

But Adebayor in a post via his Instagram story on Saturday called out the former BBA winner for being a liar, cheat and a bully.

He also accused the Ex-BBA housemate of diverting funds he sends to her for her family upkeep on irrelevant things.

According to him, “ you will always say you are going on a weekend trip to Swakopmund, Namibia but always end up in Luanda, Angola and claim you didn’t know how you got there.”

Adebayor also accused her of being manipulative and a bully, adding that he had evidence to back up his claims.

“Imagine you sending money to your partner as a gift for her family and friends as a retribution and gratitude for them taking good care of you while in Namibia only to find out months later that less than 6% of what you sent to her was distributed to only her choice of friends and nothing to the family.

“Your girlfriend tells you she’s going on a weekend trip with her best friend in Swakopmund Namibia, a few days later, she’s completely unreachable then you end up finding out that she’s in Luanda, Angola and she says she doesn’t know how she got there.

“How can I even be jealous, obsessed and envious of someone I was helping to grow in life, meanwhile I was being manipulated and lied to.

“I wish you love, peace and above all healing. Nonetheless, you are a bully but you found your match and I have evidence.

“Keep me out of your mouth and life and we will be good.
#DillishdribbledAdebayor,” he wrote. 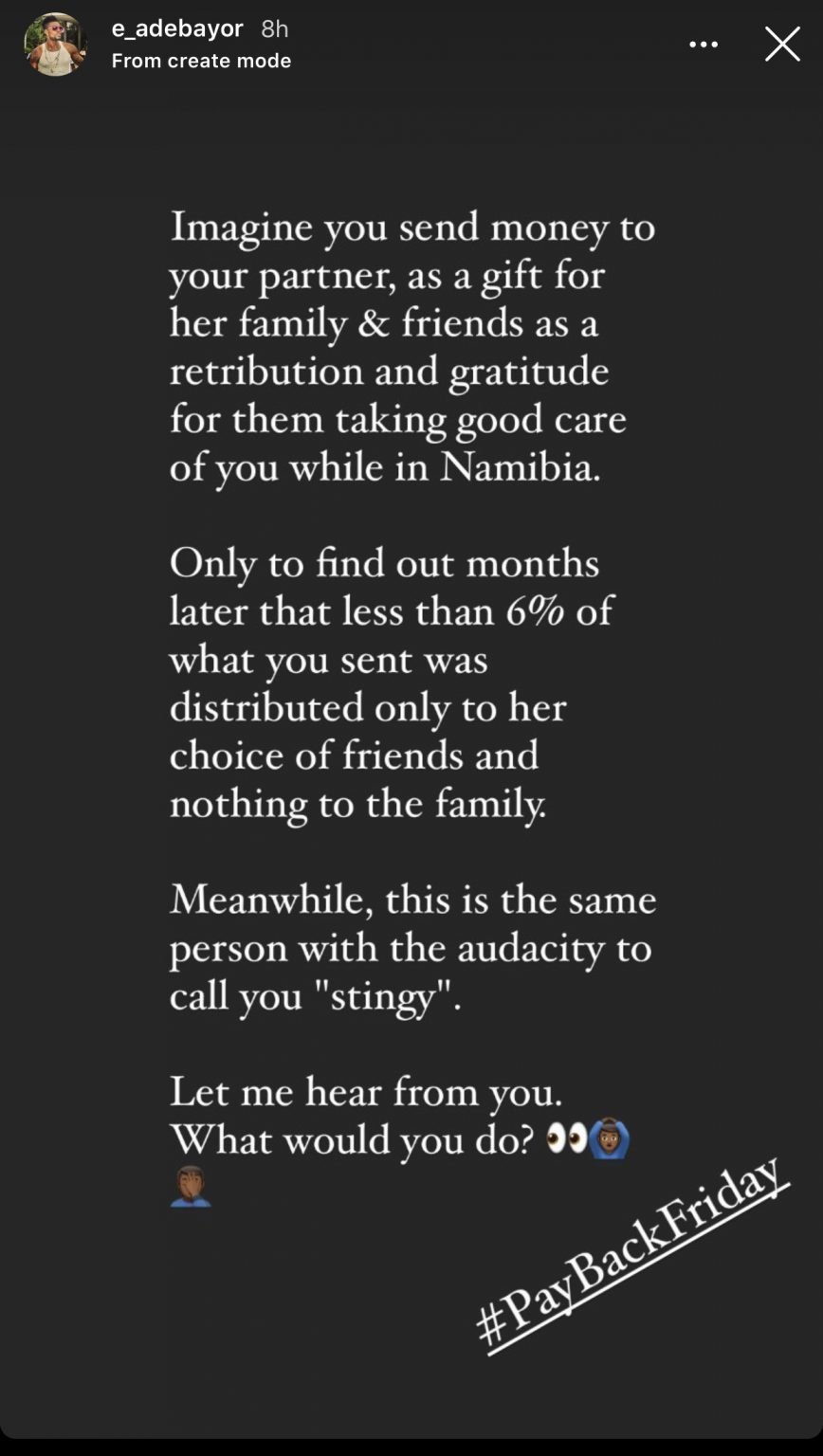