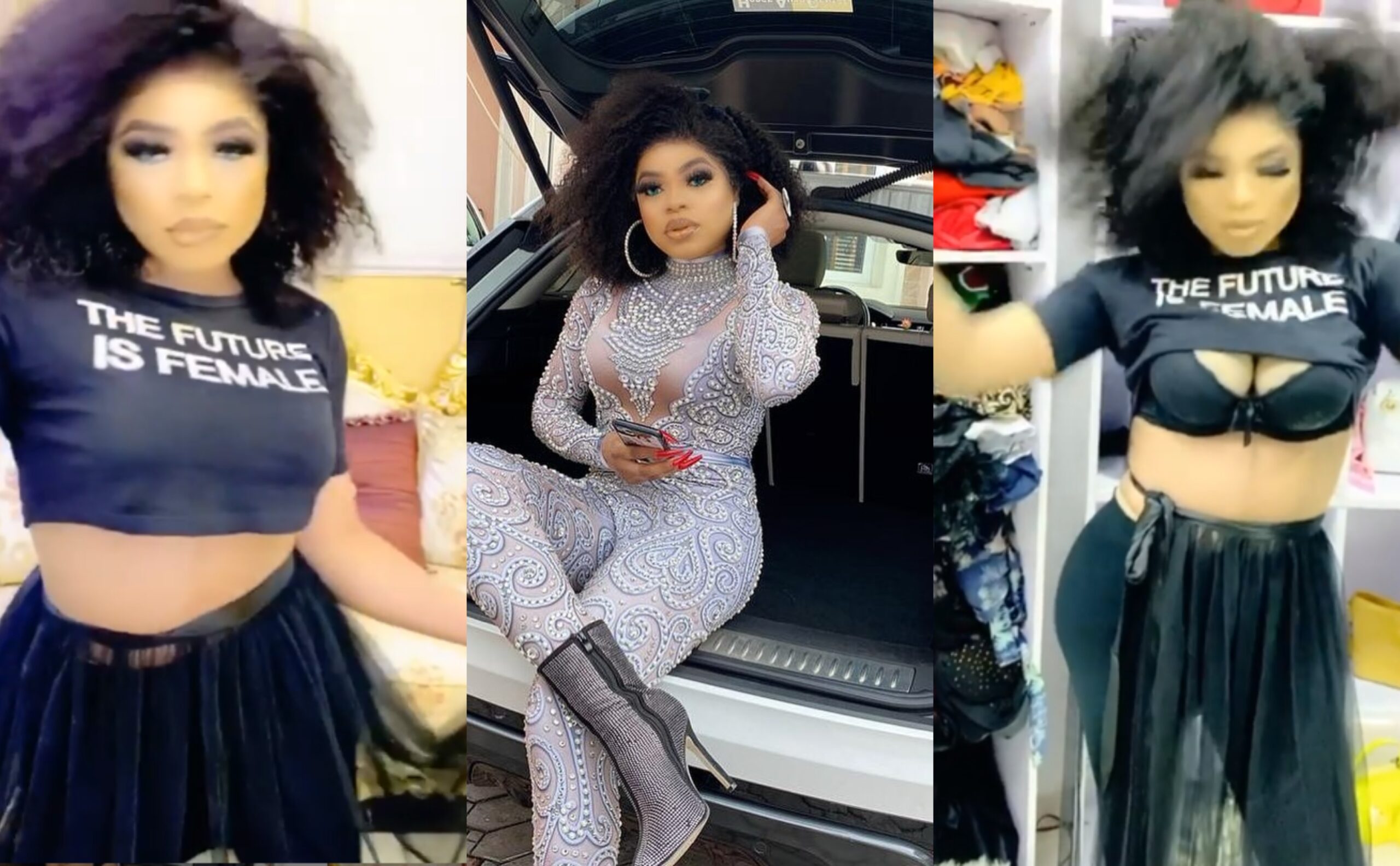 Popular Nigerian crossdresser Idris Okuneye aka Bobrisky has taken to social media to disclose the main reason why God created him and brought him into the world.

The controversial crossdresser took to his Snapchat story to disclose why he came to earth.

According to him, God brought him to the earth to make other people happy.

“The least I spray in a party is #3million”…

In another report,  the male barbie and cross-dresser showed off wads of cash he reportedly got from his boyfriend after spending the night together.

Bobrisky while flaunting the 15million naira cash he got from his lover said he doesn’t go out but that when he does, he makes millions.