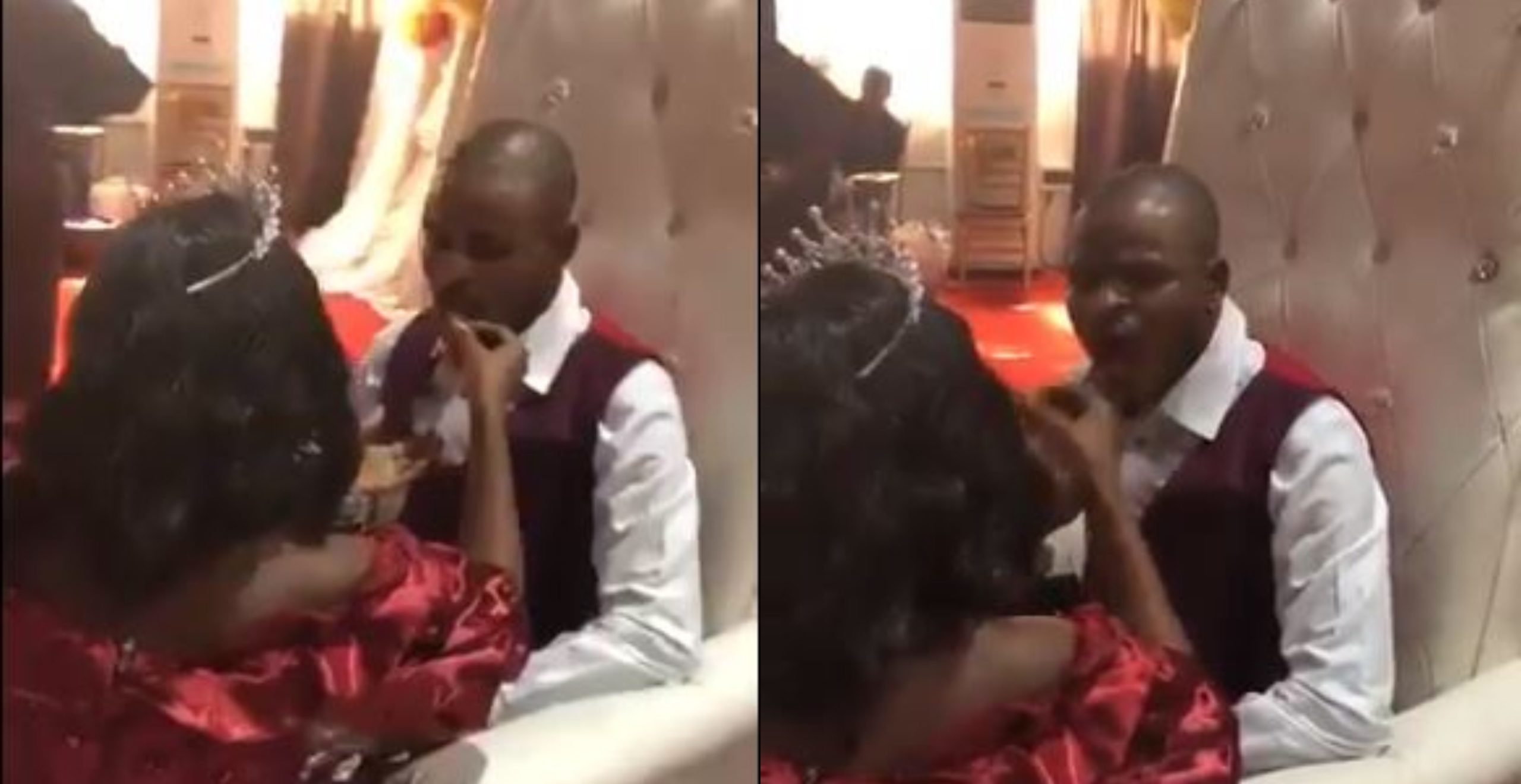 A viral video on social media shows the moment a bride was teasing her husband when she was feeding him with and cake.

The funny bride has got the attention of social media users she incessantly teased her husband with the meal she ought to feed him with during the marriage rites.

Twitter user, Ifunnaya who shared the video commented saying there won’t be a honeymoon period for the couple as the husband seemed quite upset at his wife’s gestures.

No Honeymoon for this Couple
😭😂😂😭 pic.twitter.com/7Q2H1UgUiD

@blvck_witch: Honeymoon??? Pray he doesn’t beat her to death in the house ni. What is that face????

@stateofmemes: Bros is not even romantic,,,see as he strong face,,,on top say your wife dey tease you,,, something that should even make you happy. If Bros can react like this openly,i still wonder what he will do if it was behind closed doors…. All the best for the wife