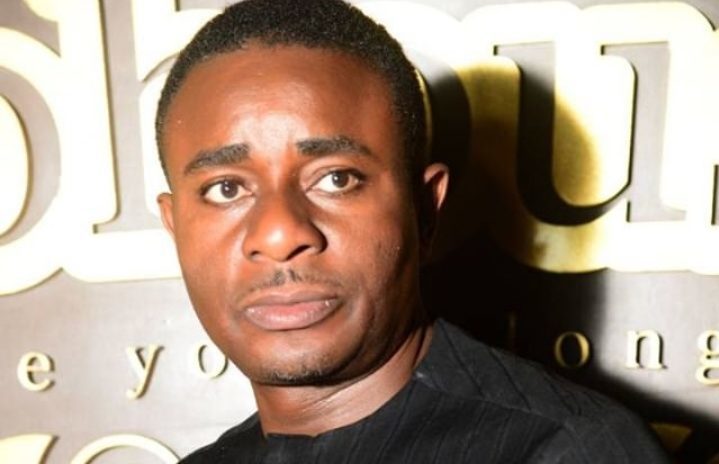 Veteran Nollywood actor, Emeke Ike took to Instagram to disclose how his colleagues sold him out for fighting against injustice in Nollywood.

According to the 53 year old, he was chastised for standing up against some unfair treatments  they were given as actors. Emeka however decided to declare his support to stand with Gideon Okeke to fight for the poor treatment of actors and filmmakers in the country .

The ace actor also mentioned how home videos were rendered useless with the embrace of cable network and foreign channels without any compensation for them.

‘I love you’ – Funke Akindele tells…

MY BROTHER, WELCOME TO THE REAL WORLD… I feel ur pains and had used everything at my disposal to fight this same course, many years back. l am sure u heard the many names they called me, that year. l observed the ROBBERY & THE IMPUNITY we offered them with similar PAINS. It was evil, wicked & slavish. Our HOME VIDEOS was beamed to the world for NOTHING. They snatched our viewers, using these new cable network. ofcourse it was more convenient to view all our movies in one spot & with plenty other FOREIGN channels.

These crumbled our already BOOMING MARKET, VIDEO CLUBS & FRANCHISE, Which had empowered MILLIONS of Nigerians & with no alternative remuneration CONFIGURED. OUR MARKET CRUMBLED. Some cheap producers & CONNECTED INDUSTRY POLITICIANS (newly attracted by the success we created) SOLD US OUT. I was no more raking that massive take home & none other did. l was about the highest paid then.

l went on rampage, called them out, raised hell & a team, was close to a WIN, when my fellow artistes betrayed the struggle from back. They called me unprintable names, rebel, troublemaker name it. lm sure U held that name EMEKA IKE with nostalgia then. ENEMY OF THE NATION. My friends u saw then on ur sets used my STRUGGLE to gain undue access to ur office & more FAME. some became their contractors, making my struggle unnecessary & STUPID. I approached my friends in government & they said “but some of ur colleagues are with them on this, why dont u make friends with them? one SAM PAM came to lobby me with an offer to own a TV STATION in their racket than fight.

This l turned down based on principles. They used this ARTISTES to adorn & ENDORSE their STATION. Today, they are used & dumped. Ur TV series became the toast of the moment & with other channels beaming our HOME VIDEOS, DSTV became a must watch. They overpowered the industry. l took the fight to Her Excellency Lt Dora Kunyili, she honestly did her lil best, Later l took it to our current information minister who had no clues what we talked about nor cared. He DIVED INTO THEIR OCEAN. Today they own our industry and efforts without APOLOGY. THE RAT IN-HOUSE SOLD US OUT, bro… NOW U KNOW WHY THEY HATED ME THEN.”