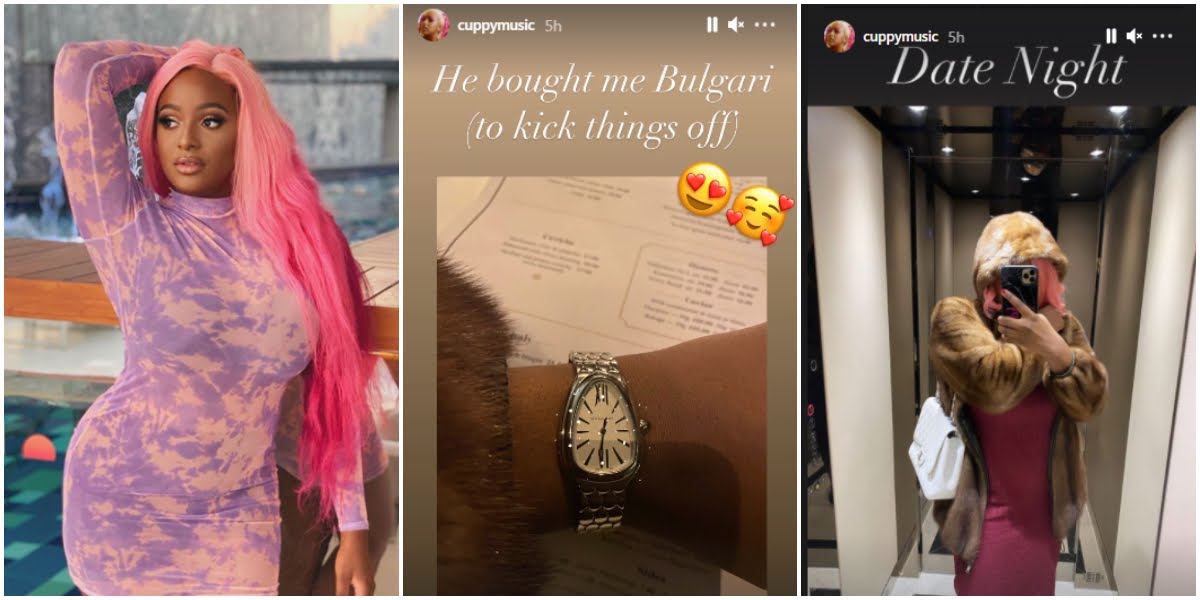 Nigerian disc jockey and billionaire daughter, Florence Otedola aka DJ Cuppy has taken to social media to lament once again about her relationship status as she claimed she’s still single despite going on a date with a mystery man.

DJ Cuppy made headlines on Friday after she took to her Instastory to update fans on the situation of things concerning her relationship.

The beautiful screen diva had shared pictures of the expensive Bulgari watch an unknown man had gifted her as she noted that the relationship started on a high note.

With the wristwatch reported to worth ten million naira, fans were sceptical of the mystery man as they urged Cuppy to reveal his face.

However, DJ Cuppy has refused to unveil the man to the world instead she has revealed her relationship status as she noted that she’s still single and yet to get that dream man.