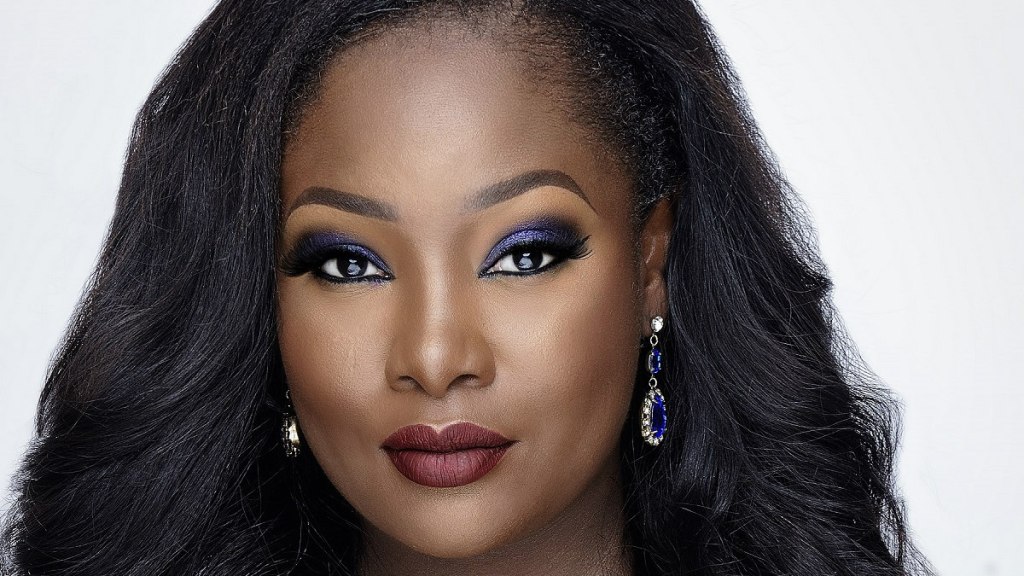 Popular OAP, Tolu Oniru popularly known as Toolz took to Twitter to blow hot and air her opinion on those who are falsely accused of sexual assault.

According to the mother of two, it’s disgusting and downright evil to falsely accuse someone of sexual assault.

The 38-year-old added that accusing an innocent man wrongly is a huge slap in the face for real victims face.

OAP, Toolz reacts after a pregnant woman sought her help on…

‘I am emotional’ – OAP, Toolz pens down…

“As someone who is deeply against sexual assault in any form, (in fact I would gladly vote for rapists to be castrated with no anaesthetic) I think its time to make sure people who falsely accuse others of sexual assault face harsher penalties. (1)Its disgusting and downright evil to falsely accuse someone of such a barbaric crime out of revenge or any other reason. It’s also a huge slap in the face for real victims.
(2)When these situations hit social media or the blogs, the noise after the initial accusation is so much louder than when the accusation is proven to be false. Unfortunately, the aftermath of this is that you have an innocent person with an irreversibly damaged reputation. (3)How many blogs actually make sure they correct their initial story? (4)As a mum of 2 boys, who will be taught the importance of consent, I’ve thought about how damaging a false accusation could be for them (God forbid that ever happens)
Lastly, should people be able to anonymously accuse someone of sexual assault? 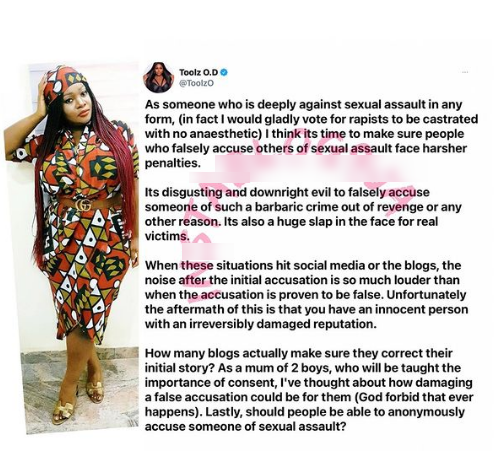