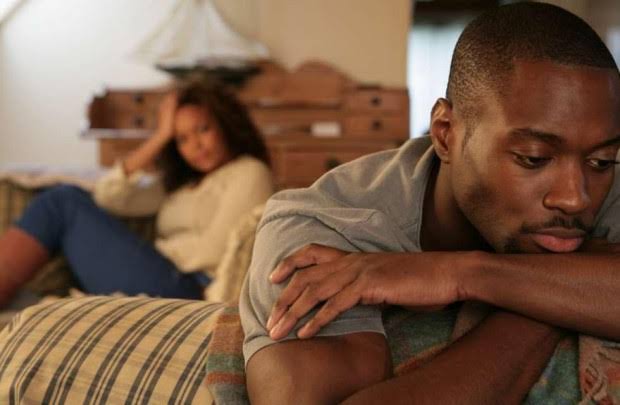 A Nigerian lady identified as Temitope Bukola has taken to social media to reveal some unknown facts on why many ladies prefer to date ‘Bad Boys’ rather than the ‘Good Boys’.

According to her, good guys don’t take charge and she considers them weak. She revealed that she can never find such men appealing.

“I can never find a weak man appealing sha! Now I see why ladies seemingly go for the “Bad boys” rather than the “Good boys”.

The good boys don’t take charge and that can irritate a lady, most of us want someone we feel can “protect” us just in case something comes up!” 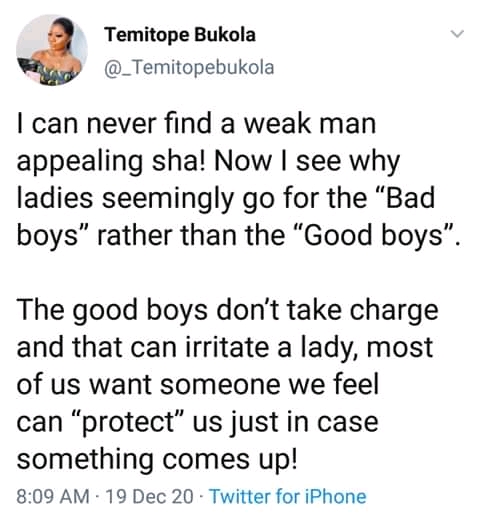 Peter Okoye consoles his Wife, Lola, with flowers after her father’s death (video)

Mr Eazi hails his parents on their 33rd wedding anniversary