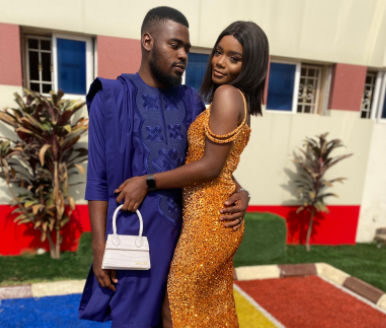 A Nigerian lady has taken to social media to recount her love story of how she met and started dating a Bolt driver.

According to the lady identified as @Mokeji5, sometime in November, she was out and forgot there was a curfew in Edo state. After getting punished by the soldiers, she decided to put up in a hotel nearby until the next day.

According to her, the next morning, she requested a ride from a hailing cab app, Bolt. She said by the time the driver ended the trip, she decided that he was hers and made the move on him.

See also: How a Groom and Bride reportedly ended their wedding at the reception over food

Had to put up in a hotel. So the next morning, I requested bolt and he was my driver. We didn’t talk all through the ride home. At a point, I played songs from my phone and he vibed. Naso I take decide say this one na my own o lol. Got to my house and asked if I could text him..

cause I like him and he was like “okay let me give you my WhatsApp number”. That was how we started lol . I really hope it ends well