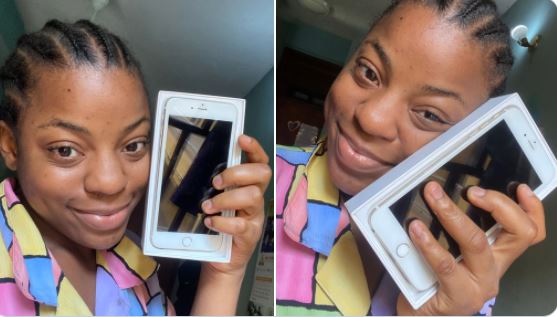 There is a term loosely used in the Nigerian social media space and it is called ‘Cruise’. Cruising as it were, simply means not having any ebb of seriousness in what one is talking about rather than having it for the fun of it.

These days, it is quite hard to tell when one’s statement is ‘Cruise’ or really true and this is the case of a Nigerian lady identified as @dinms_x on Twitter. According to her, she saved for a whole five years in order to buy herself a rather outdated smartphone in iPhone 6.

After 5 years of saving up, I finally bought an  iPhone 6 from jiji I’m now a proud iPhone user. Dinma gleefully tweeted.

Lady Cries Out After Her Brother Broke Into Her Piggy Bank… 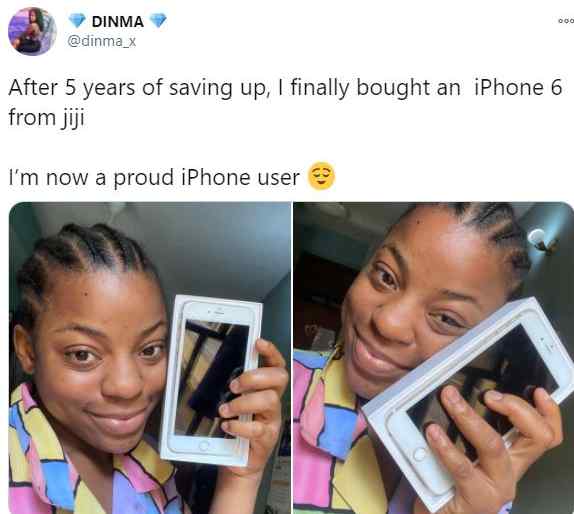 Rather than congratulating her, Netizens took slight jibes at Dinma for going through such a process just to get a phone that was released 6 years ago and considered obsolete by today’s standards. Some also queried if she slept with men in order to procure the device but Dinma was quick to clap back at those users. 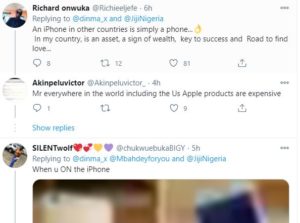 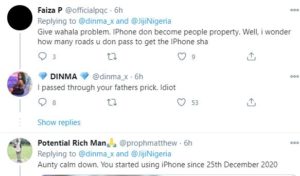