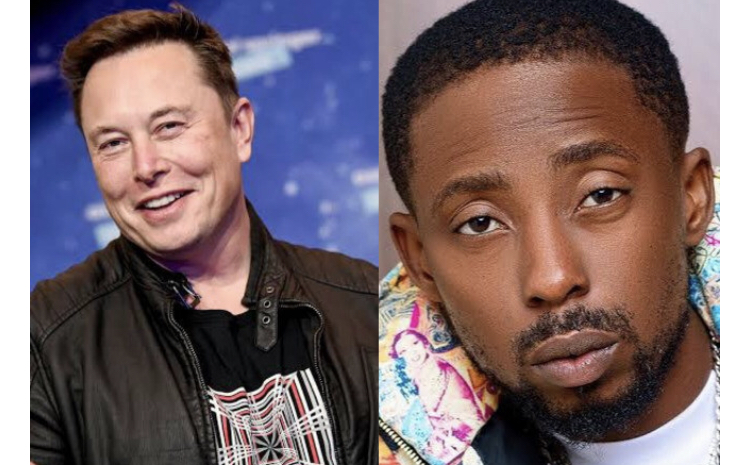 As many people responded, saying they’ll  go for 2Bitcoins instead, Elon Musk, who is currently the richest man in the world responded to Erigga’s tweet with a sad face emoji. 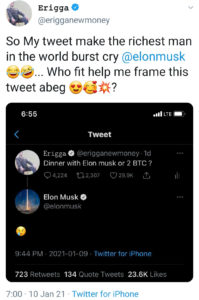 Leave my life alone, are you feeding me? – Crossdresser gets…

Elon Musk announces his starlink network is coming to…

Elon Musk was named the richest person in the world, with a net worth of more than $185 billion.

This comes after an increase in Telsa’s share price which helped Musk surpassed Amazon boss, Jeff Bezos who had been the richest person since 2017 and is currently worth about $184 billion.

Musk’s wealth grew over the past year and has been marked as the fastest rise to the top of the rich list in history.