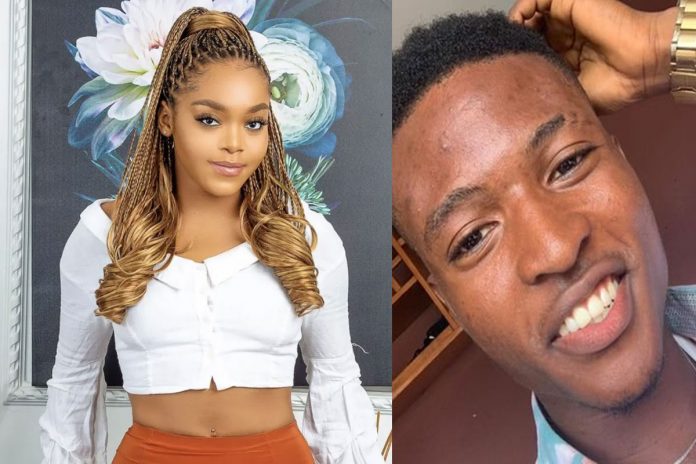 BBNiaja lockdown housemate, Lilo was recently called out on social media by a young man named Enitan on Twitter over non-payment for the services that he rendered to her.

The whole issue started after Lilo offered to pay for something for a Twitter user who couldn’t afford it, Enitan, a graphics designer, then jumped on the post and decided to use the opportunity to demand payment of his money.

But you couldn't pay for the Jobs I did for you.
Celebrities and this public showcasing of being nice.
You and your brand are evil! https://t.co/c1jIdFomop

He went on to narrate how he sent a message to the reality star a few weeks after she left the BBNaija house.

See his full narration below;

August last year, I messaged Lilo on Twitter here trying to secure a graphic designer Job on her team cos I really saw she lacked that and needed one. Fastfoward, she replied and told me to send my portfolio to her mail which I did.
I knew she was going to be really busy…

They told me to make a design of a brand she's working on launching which I did and Lilo really liked it and approved it.
I was really excited as I'm just a student and just trying to make money for myself, I put into so much effort designing just trying to secure a spot….

That was what I cared about as I didn't talk about getting paid yet.
She came on again, she wanted to launch Adire t-shirts, I made designs for them and sent them, her PA said she approved them and she posted them.
After I finished the Adire project which she named ADR by LILO…

They stopped replying all of my messages after constant using my designs and didn't pay me a dime!
Mehn I felt really bad, I was down, I had to stay awake all night to get the list of the winners to make the design. Nights upon nights, my efforts, my money spent all for IG tags?!

However, few hours later, he took to his handle to reveal he has been paid.

She reached out to me through her lawyer and the bills have been sorted.
Thank you all for the retweets and likes, it did everything and got me alot of jobs and help already, I sincerely appreciate.
I pray none of your hardwork would be taken advantage of.
Thank y'all ♥️

Lilo also confirmed it has been settled via her handle.

To whom it may concern https://t.co/gPFS62E9fQ