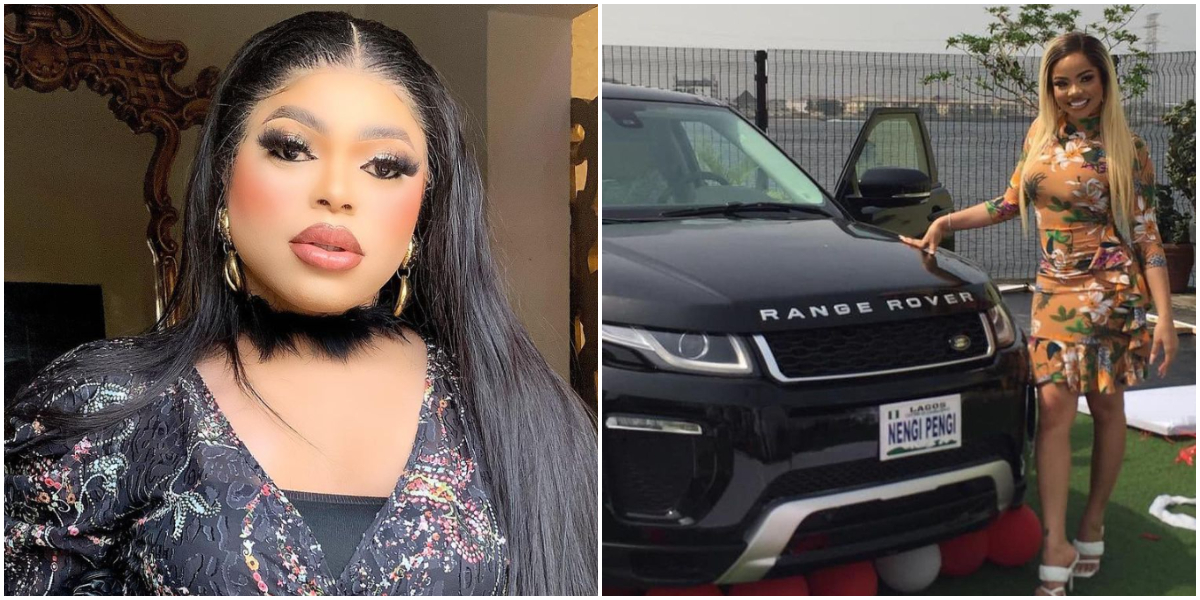 Popular Nigerian cross dresser, Idris Okuneye, better known as Bobrisky, has taken to social media to react after fans of Big Brother Naija star, Nengi got her a Range Rover to mark her 23rd birthday on January 1st 2020.

Recall that theinfong had earlier reported that Nengi’s loyal fans made her birthday a memorable one after gifting her a brand new Range Rover worth over 15 million naira.

Bobrisky then took to his Instagram page to cry out to his fans and sternly revealed his plans to dump them if they don’t change from wanting giveaways alone.

He wrote; “It’s time to throw my own fans away! Didn’y you guys see the Range Rover Negi’s fans bought for her? Na giveaway go kill my own fans”

“Them use giveaway swear for my own fans 🙄🙄🙄 NONSENSE”