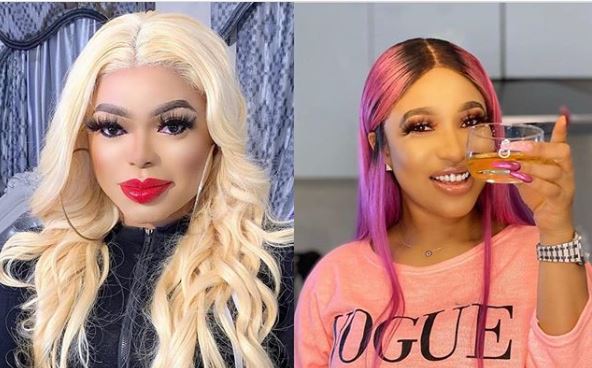 Nigerian crossdresser, Bobriksy has addressed the rumoured fight between himself and his former bestir, Tonto Dikeh.

Bobrisky, however, vowed not to ever leak his friends secrets even if they had issues, neither will he fight them on social media.

“Guys, I just watched a video of one guy, saying he can’t wait for me and my tonto to fight dirty on ig .sad you will wait for 100yrs more.”

“You don’t know me sha. I’m so discrete to a fault when it comes to keeping relationships. So you think even if we truly have issues I will come out to rant? I will never in my life fight any of my friends on social media no matter bad it maybe. So those waiting for fight, 600,000 years for you. Come let me train you how to be a true FRIEND.” 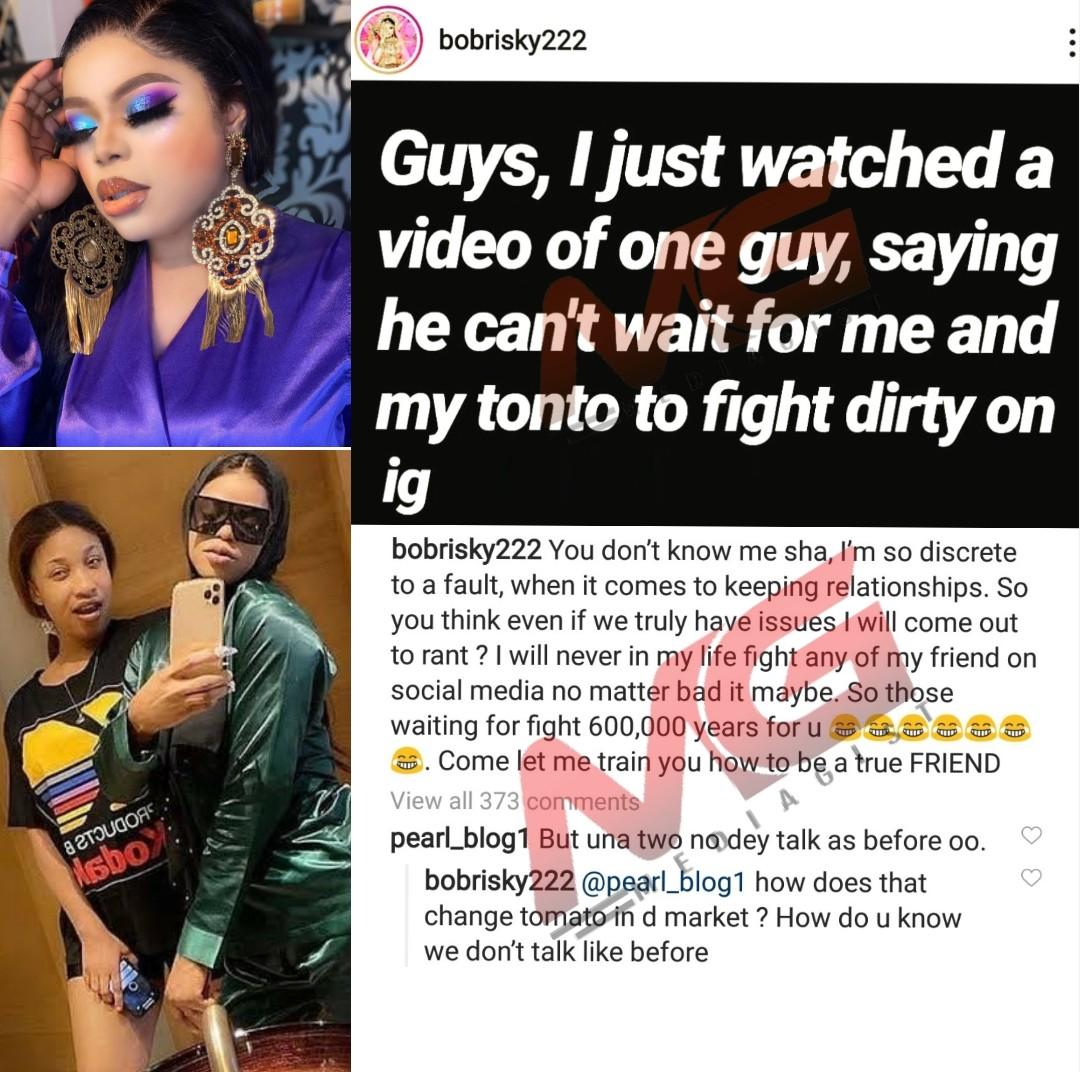 Odunlade Adekola organizes surprise birthday for his alleged side chic, Eniola Ajao on her birthday