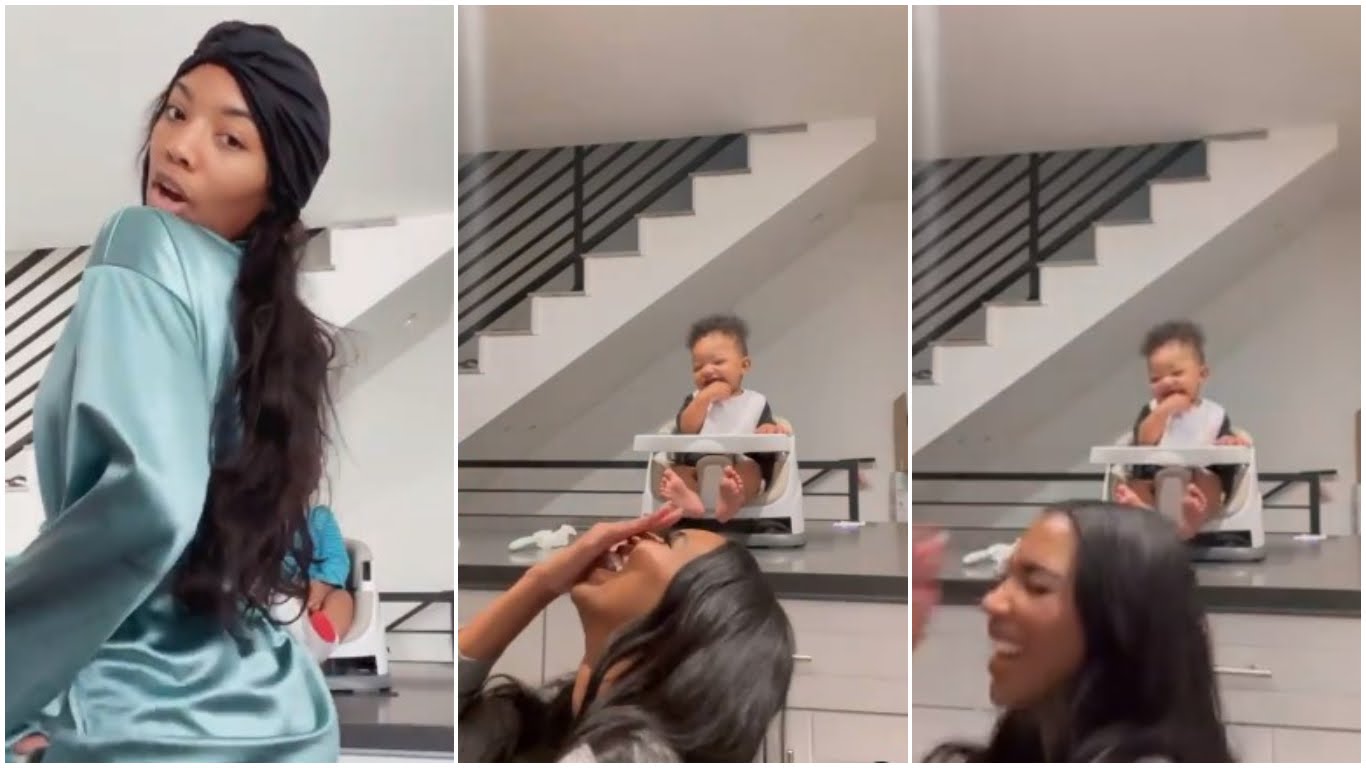 A video has gone viral on social media showing the moment a mother tried to drop her version of the trending #BussItChallenge.

The woman and model identified as Tatiana Elizabeth Price took to her Twitter handle to post the video of her son laughing hard at her while  she participated in the challenge.

After sharing the video, the mother said that she finally joined the #BussItChallenge, hinting that the result was the opposite of what she had planned.

A look at the video showed she was unable to complete the challenge as the baby kept laughing at her.

“Men are getting smart, don’t be a liability” – BBNaija’s Tacha advises ladies (Video)