Don’t think of marriage unless you have at least N1 million – Joro to women, gives reasons 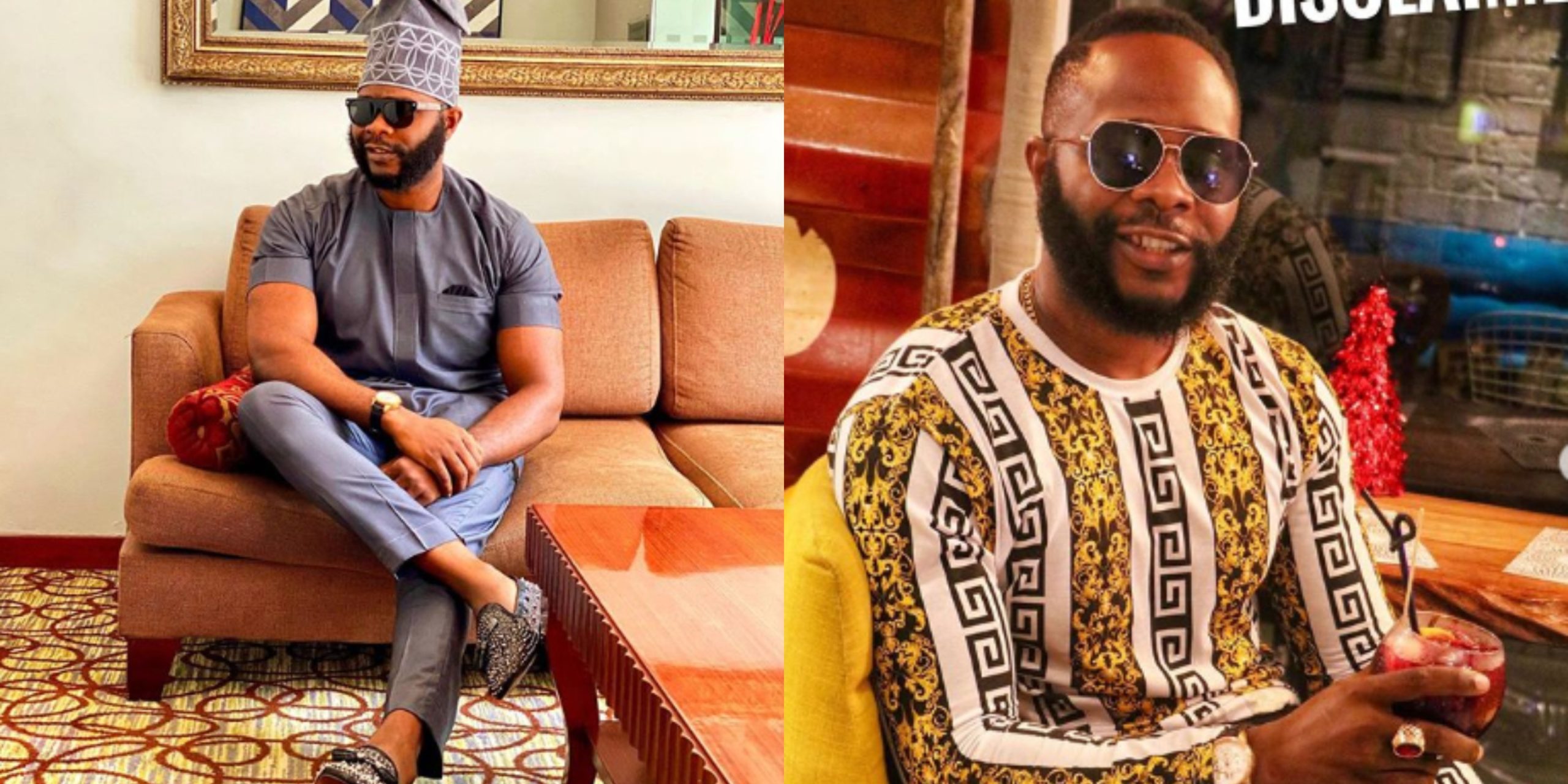 Relationship blogger, Joro Olumofin in a recent statement has advised women not to get married unless they have at least N1 Million in their account.

According to Joro, he stressed that women who have their own money are at lower risk of domestic abuse and disrespect.

He added that it is only “broke wives who accommodate side chics in their marriage” but husbands are “hesitant to cheat” if their wives have their own money.

“Husbands show their true colours when their wives depends on them 100 percent” he wrote.

See also: “I would ‘ve been a trader or business owner if not for music” – DJ Cuppy opens up (Video)

Joro stated that love is not enough in this generation.

Read what he wrote below; 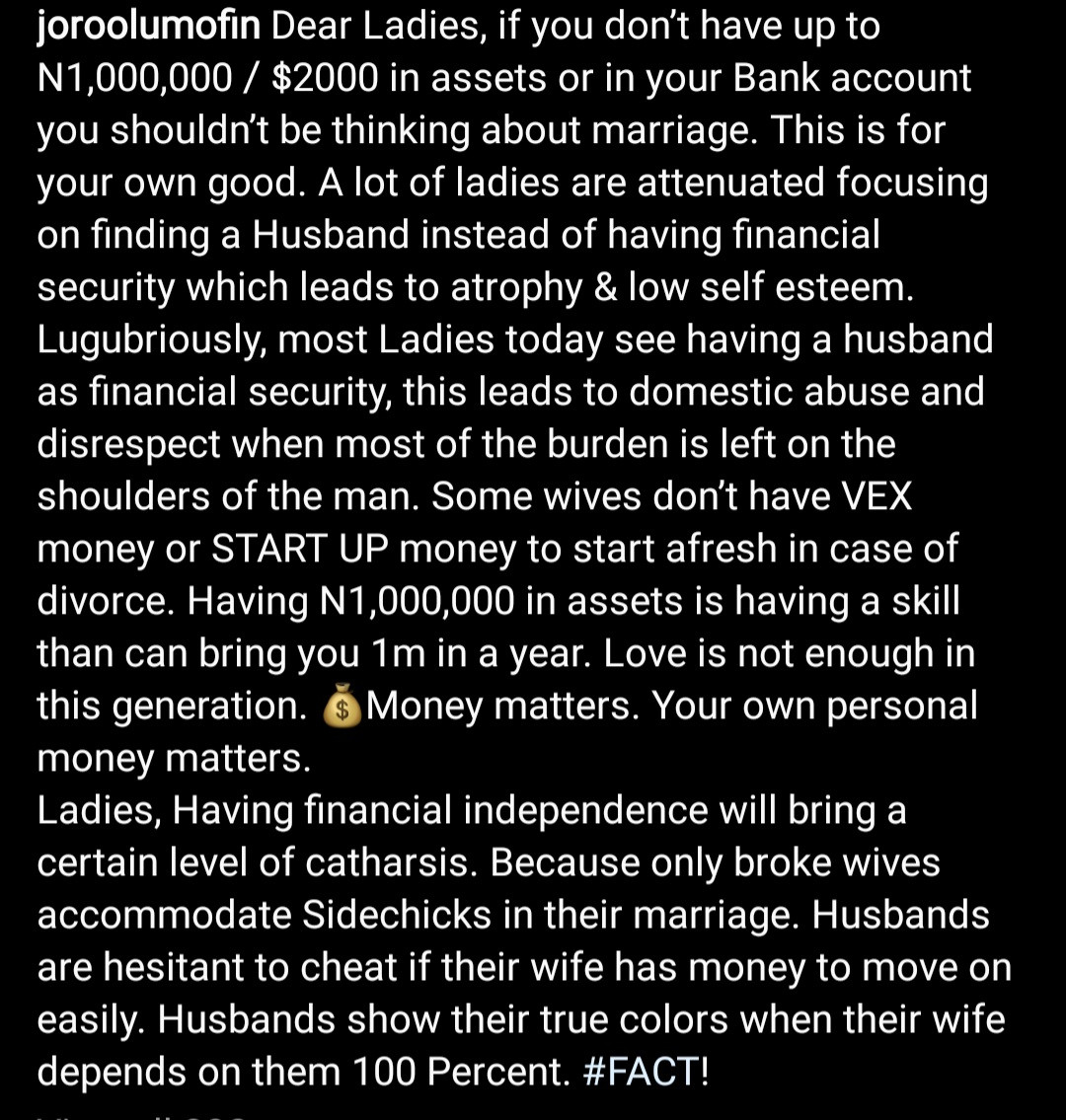