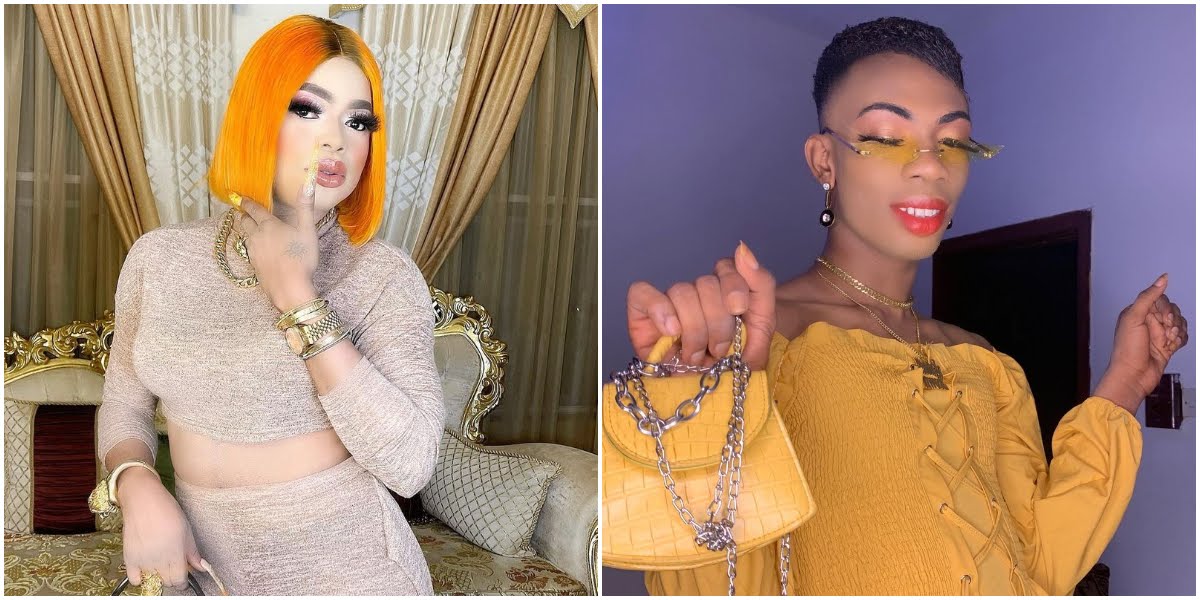 Popular cross-dressers Bobrisky and James Brown have taken to social media to drag each other to filth.

The drama started after James Brown called out Bobrisky as he claimed that his senior in the cross-dressing business is threatening and planning to kill him.

See also: BBNaija’s Leo recounts how his principal got sacked on the day he was meant to expel him from school

According to James Brown, Bobrisky is accusing him of stealing his contents. 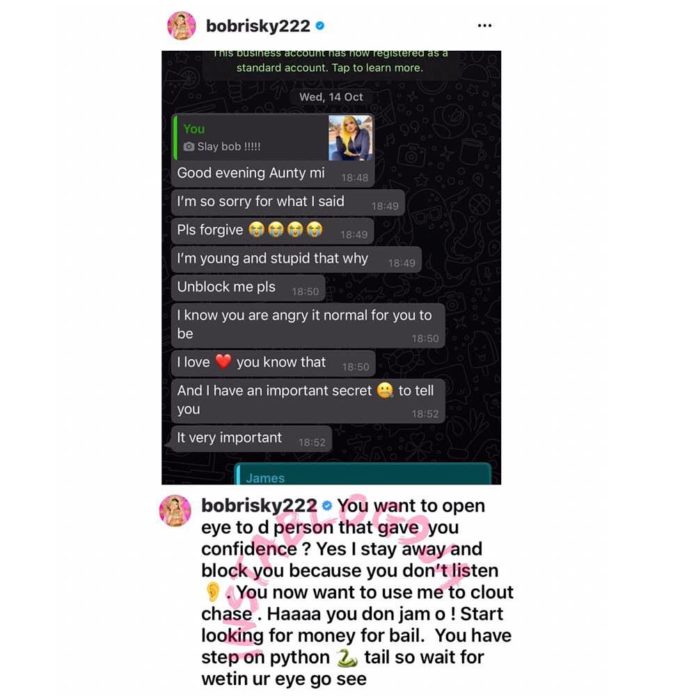 James Brown who was not scared of whatever will happen fired back at his senior colleague by insisting that jail is not what he should be threatened with.

According to the male barbie, he has been there before and would not be intimidated by Bobrisky’s threat. 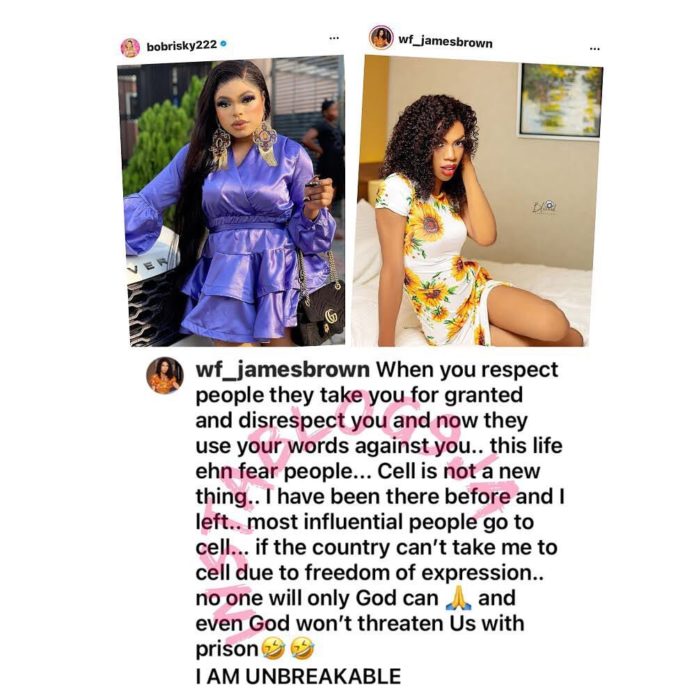