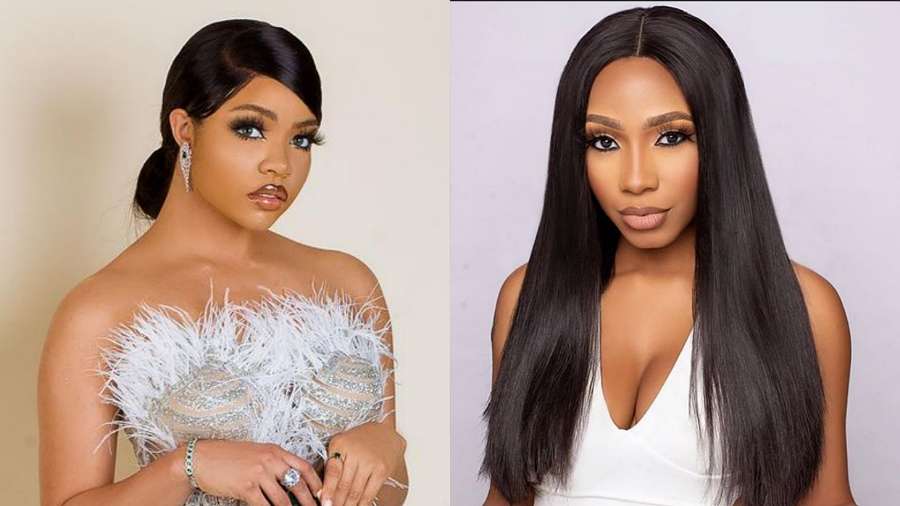 Recall that Nengi celebrated her 23rd birthday on January 1st, and also received lots of gifts from friends and fans, including a Range Rover.

She hosted a birthday party which was attended by most friends and ex-BBN housemates, however, Mercy Eke was absent from the party and also didn’t celebrate Nengi on any of her social media accounts.

‘I am forever indebted to you all’ –…

Taking to her Snapchat, Mercy warned critics to let her be because she cannot force a friendship with any of their faves.

According to Lambo as she is fondly called, she does not understand why people are expecting her to be friends with everyone. 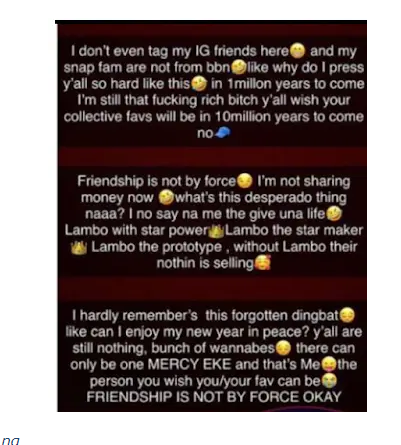 “She don use teeth buy akara” – 2Face Idibia says as he celebrates his daughter, Olivia on her 7th birthday(Photo)