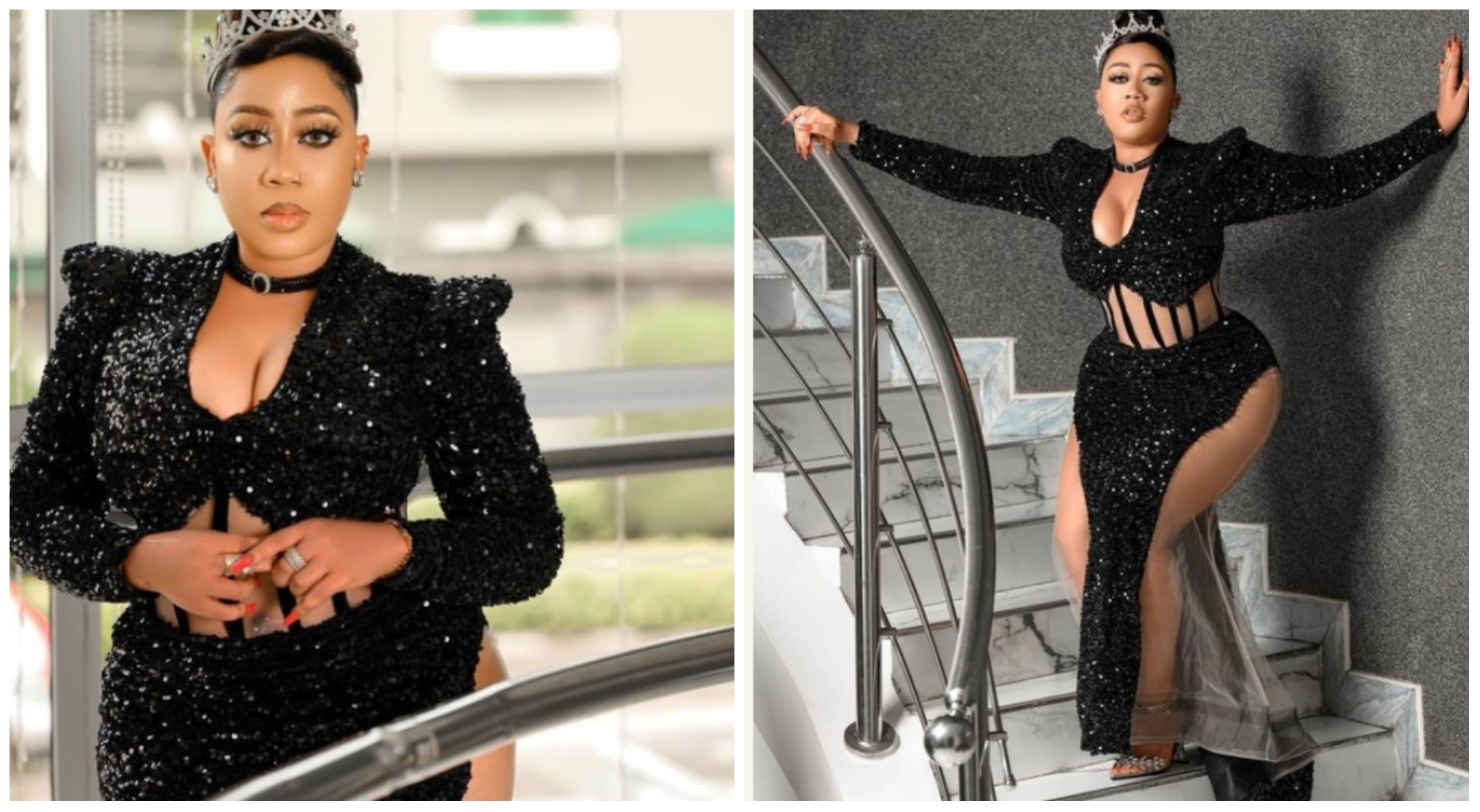 Popular Nollywood actress, Moyo Lawal is in the news once again and this time she decided to flood her social media account with sultry photos that put her thigh and her bum on display.

Sharing the photo, Moyo Lawal went on to leave a disclaimer for intending critics.

Lawal told those who may want to criticise her that God didn’t give her her back side to cover it.

I can marry Kanye West, I love his craziness – Moyo…

No man has ever used and dumped me – Actress, Moyo…

“Before you complain, remember that God didn’t give me bumbum to cover it.”

Moyo Lawal born in Badagry town in Lagos state, Nigeria is a Nollywood actress. She won the award “Revelation of the year” at Best of Nollywood Awards in 2012.