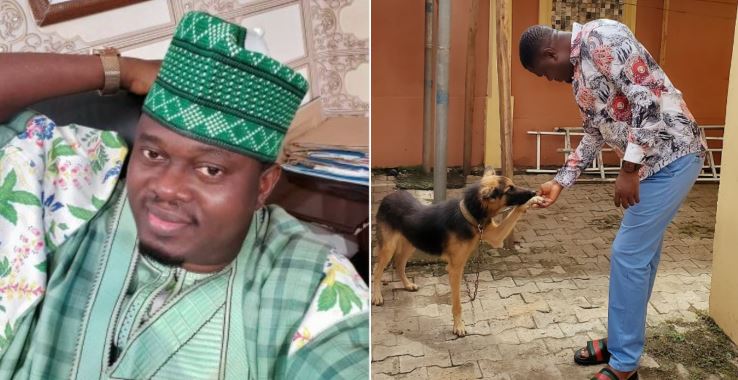 Dogs are said to be man’s best friend and they express their love and loyalty to humans without wanting anything in return. Nollywood actor, Muyiwa Ademola has announced the tragic death of his dog on social media, and fans believed the pet took one for the team. 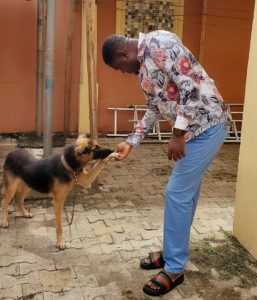 The veteran actor revealed to fans on his Instagram page that his dog, Pedro, had died and that it was a sad event. He posted a photo of himself and the dog sharing a handshake. He also explained further in his caption that the last time he saw the dog was when he was being hospitalised.

He wrote: “So sad! I lost Pedro this evening. It is well. Saw him last the day I was hospitalized.

Fans took to the comment section to mourn with the movie star while others were of the opinion that there was more to the dog’s death. According to a few internet users, perhaps the dog died in place of his master.

Read what some of them had to say below:

Proudmom_of_girls: “Be Thankful to God sir… E get why… Sorry for the loss once again…” 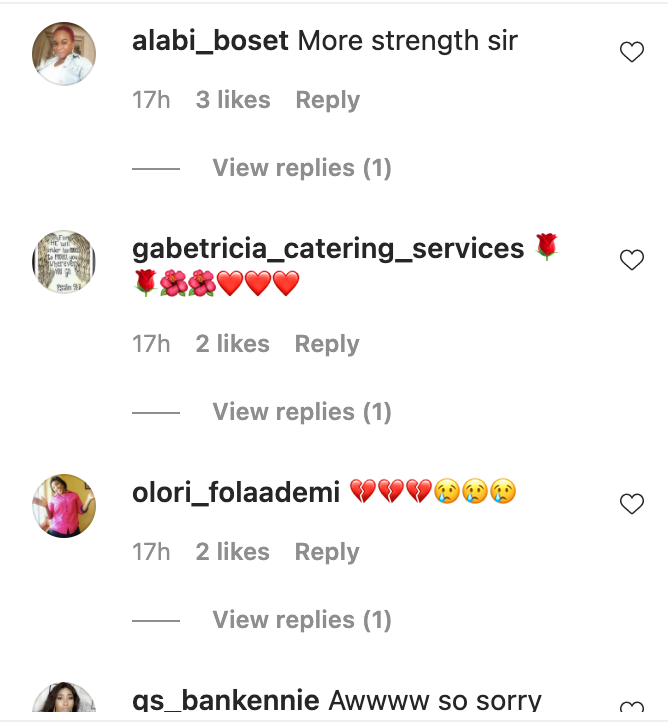 Akinola2356: Ha, so sorry, at the same time I thank God for your life.

Wealth_designs_001: “He took your death sir…. Give God the Glory”

Omosexy_stallion_: “Am sure he died for u” 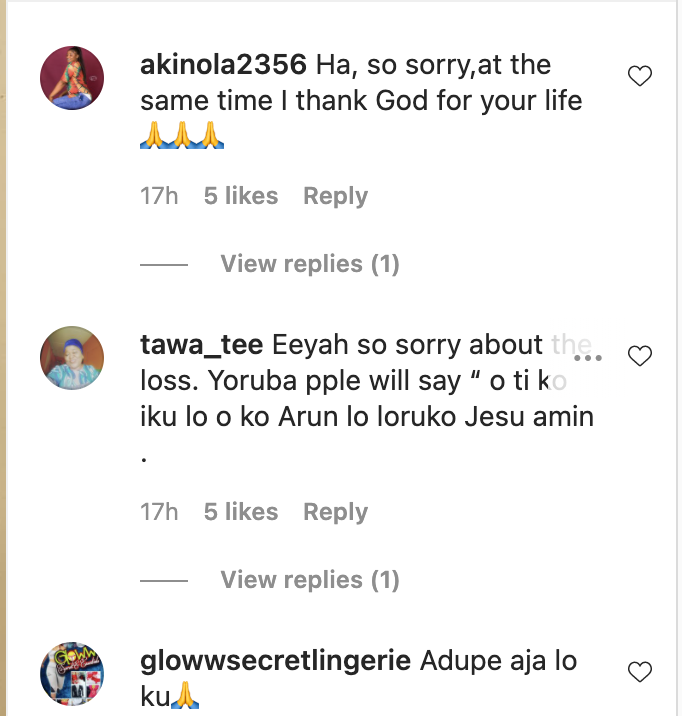 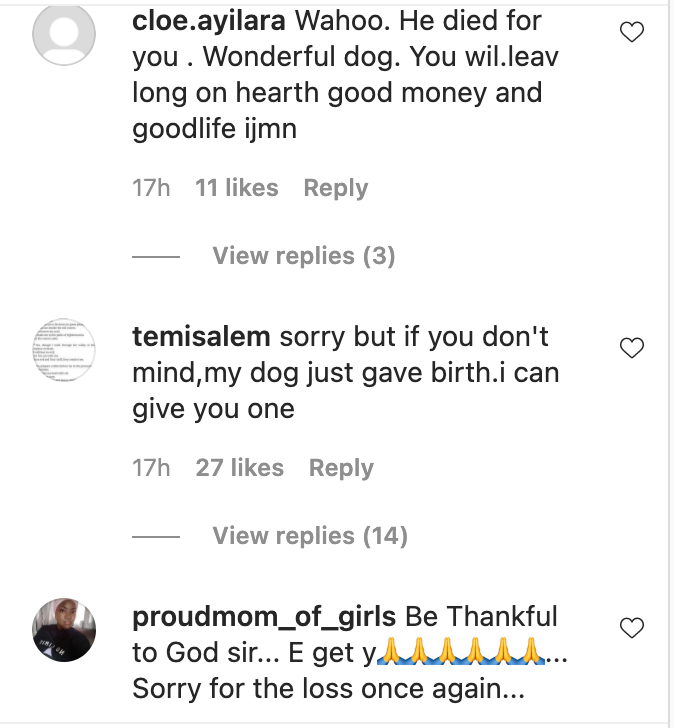