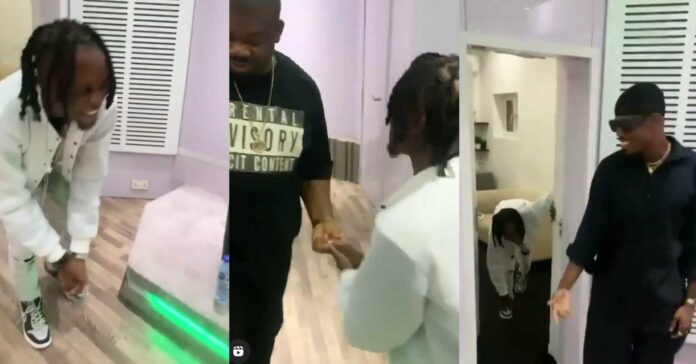 Following their meeting, fans of the reality star have gone ahead to hail him for the respect he exhibited when he met Don Jazzy irrespective of his position.

Laycon in the video went down on his knees as he greeted Don Jazzy, an action which has sparked a lot of reactions on social media as fans have concluded that Laycon is an example of a humble personality.

A fan identified as ‘rarely seen’ reacting to this act of the ICONS boss, took to the comment section and wrote, “Humility at its peak”.

Laycon has made a lot of strides after he won the BBNaija show. Recently, he released his single, Hip Hop and also featured in Nobody alongside DJ Neptune and Joe Boy.