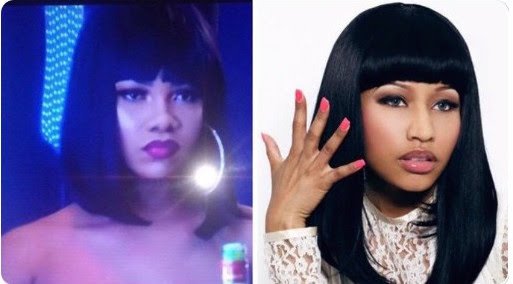 BBNaija made celebrity, Natasha Akide popularly known as Tacha has been excited since one of the biggest celebrities in the world, Nicki Minaj followed her on Instagram some hours ago.

Since American rapper, Nicki Minaj followed Tacha on the photo-sharing-app, the talented brand influencer and her fans known as Titans have taken to social media to celebrate the latest feat.

See also: Kim Kardashian And Kanye West Are Reportedly Getting Divorce After Six Years Of Marriage

Tacha also went on to drop a shade for those who are used to trolling her on the platform as she claimed she’s not their mate because she’s followed by one of the legends in the music industry.

See video of Tacha bragging below: