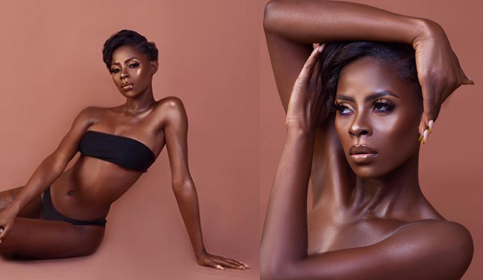 According to Khloe, she disclosed she would rather be a nun than be a lesbian.

The reality TV star made this known while answering questions from her fans on her Instagram page.

See also: He came and everywhere scattered – Watch as Davido arrived at Teni’s video shoot for an upcoming single (Video)

A female follower had asked the reality TV star if she’ll date her.

“Are you a lesbian? I would date. Would you date me?” the female follower asked.

Khloe told the follower that it’s against her religion and she wouldn’t try it.

“I would rather be a nun than being that. No offense to who is but my religion is against it,” she replied. 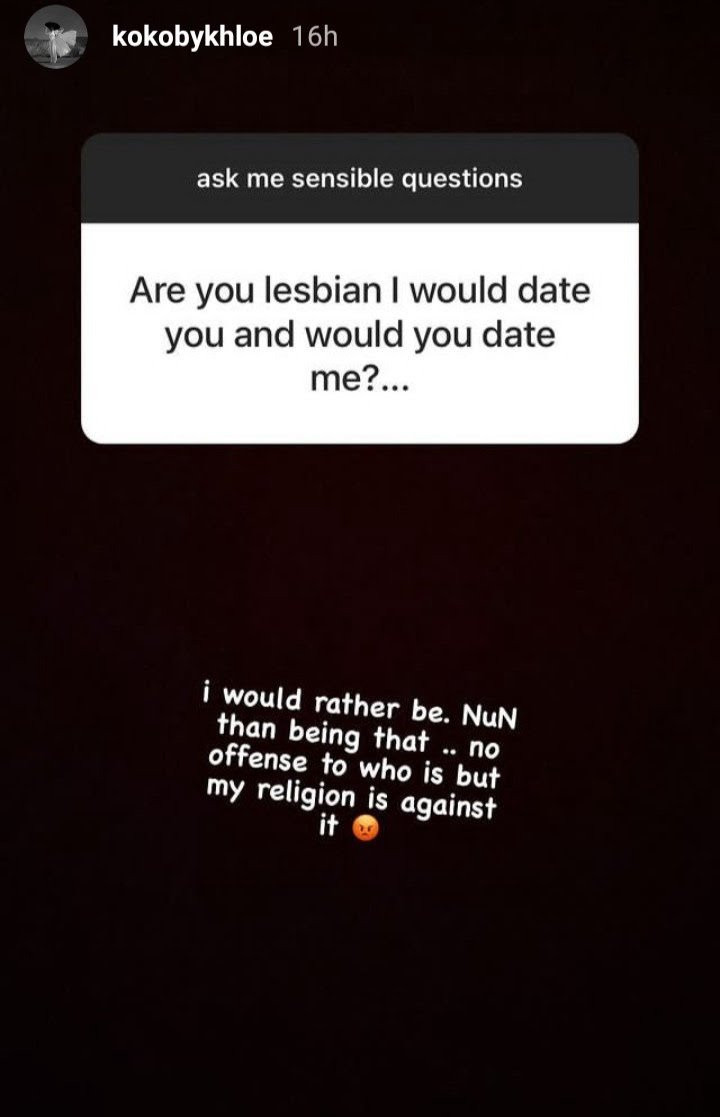