“I’m not a side chick, he’s not married” – Alleged Dangote’s mistress, Bae Lewis claps back at Wendy (video) 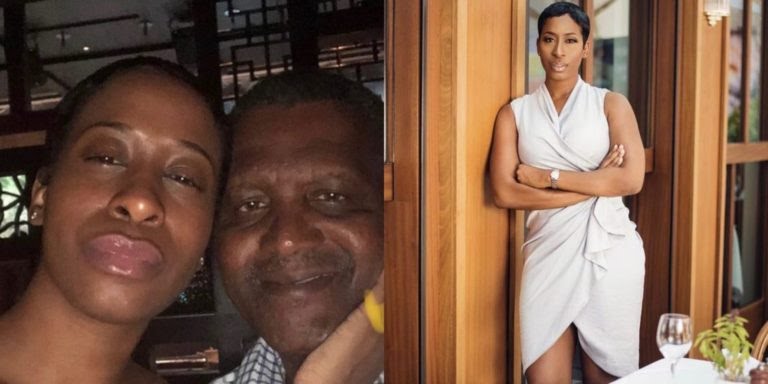 African Billionaire, Aliko Dangote trended over the first few days in 2021 after a lady identified as Bae Lewis alleged she is his mistress.

Well, Bae Lewis, in a latest statement has clapped back at American media personality, Wendy Williams, after she referred to her as a side chick.

Recall that Bae Lewis sparked reactions on social media after she came out to talk about how heartbroken she is because of Dangote.

Correcting Wendy Williams who aired her opinion on the issue, Bae Lewis took to her Instagram story to shut down her claims that she is 45 years old.

She also stressed that she is not a side chick to the Billionaire as he is not married. 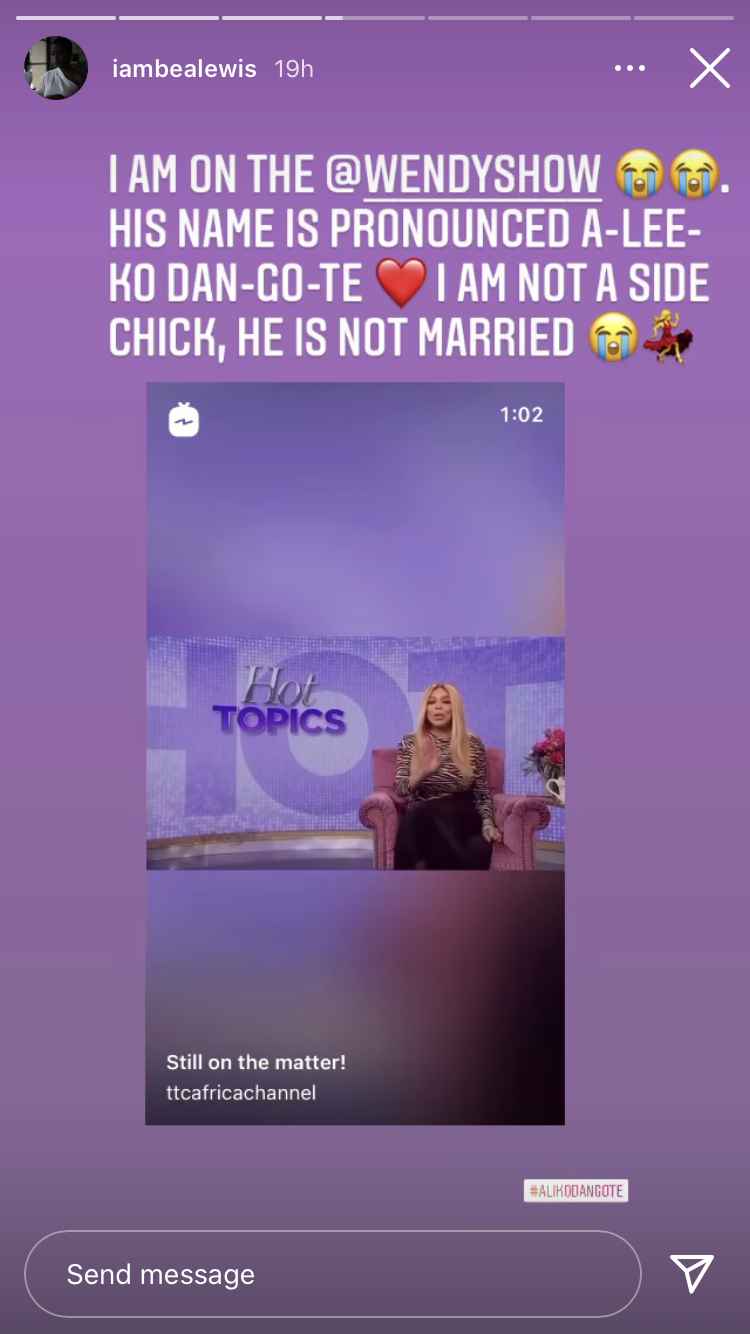 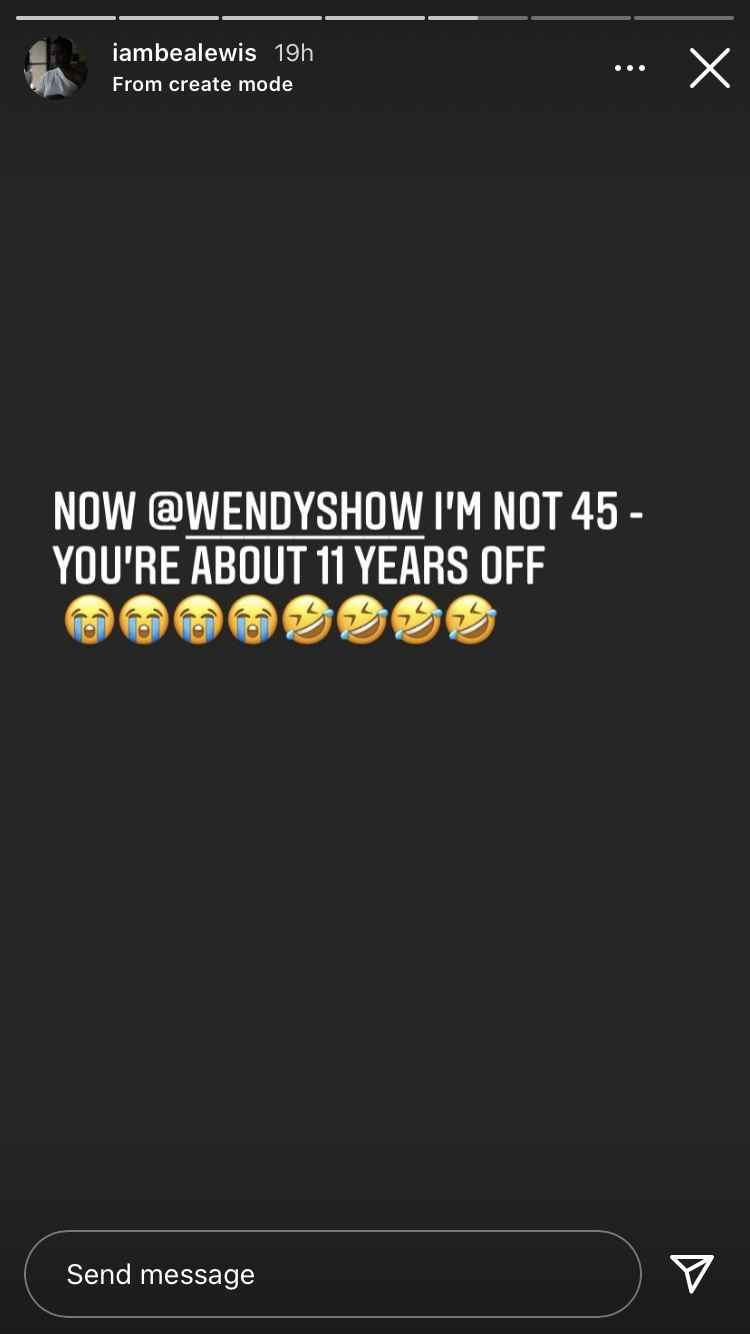