Instagram comedian, Taaooma called out over failure to deliver a N1.5million deal 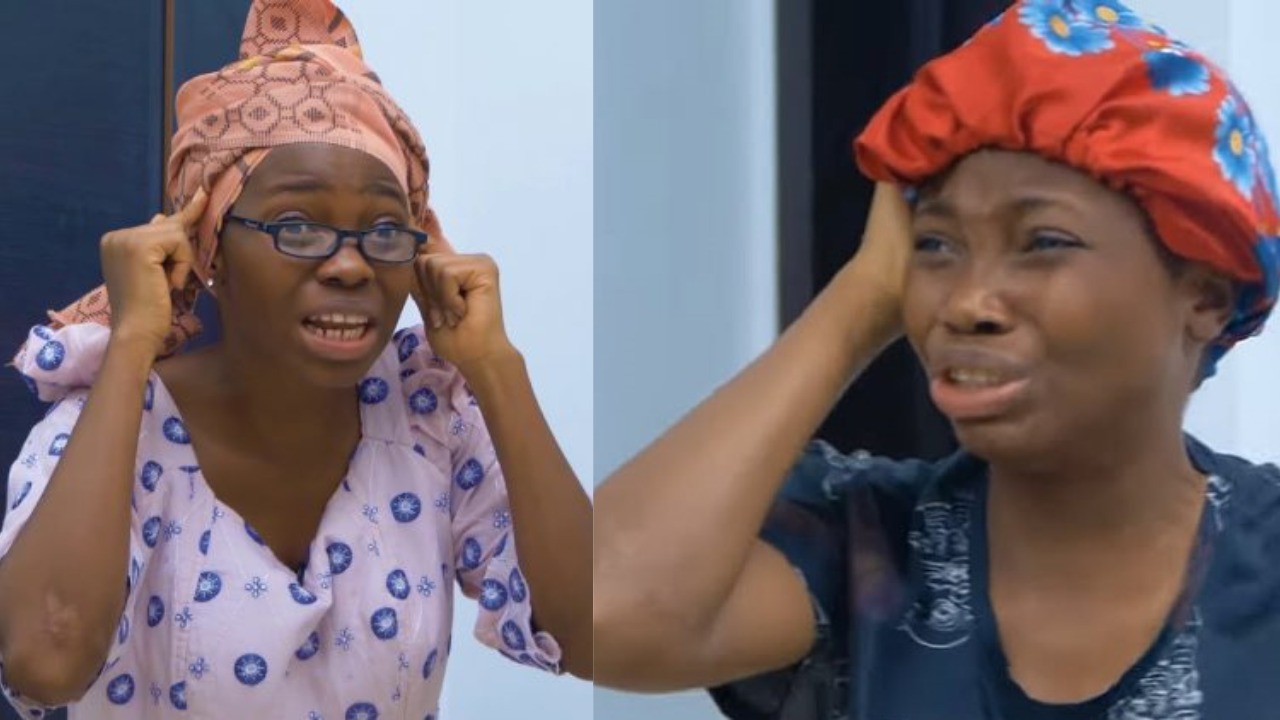 Fast-rising Instagram comedian and content creator, Apaokagi Adedoyin Maryam, popularly known as Taaooma has been called out on social media over failure to deliver appropriately a N1.5million deal.

According to a Twitter user identified as @Olaondeck, the content creator was given a sum of N1.5million to create content for a brand but she failed to give value for the money.

‘What a wicked world’ – Timi Dakolo…

“Paid Taaooma 1.5m… She shot video and the client doesn’t like the work done. And her position is Take it or Leave it… We are not asking for a full refund but as least a sense of concession will go a long way.. 1.5m gone like that… And you guys wonder how Maraji fell off? For those of you asking ” What did Maraji do?” Maraji didn’t do anything in this situation and she’s a fantastic storyteller… However, ask anyone who has worked with her and her team, she’s not the easiest person to work with. Hence, the reason for the honest comparison” 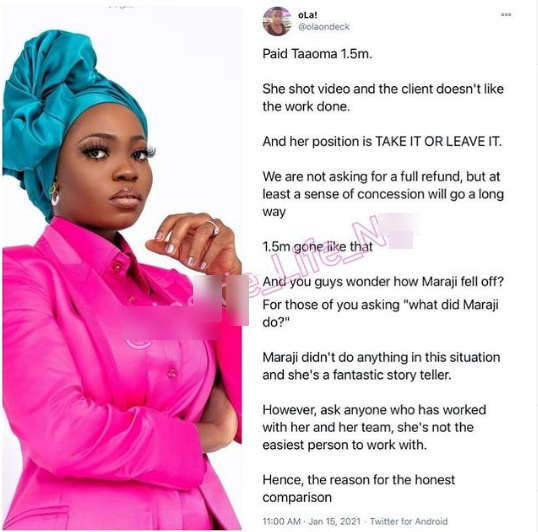