Former BBNaija housemate now reality star, Ifu Ennada has taken to her Instagram stories to reveal the kind of men she likes.

Ifu Ennada shared a photo of a popular Russian pop singer and revealed that she has a thing for older men.

This comes after the reality star recently revealed her plans of hiring someone’s son to become her Val if she fails to get a boyfriend before valentine’s day.

Ifu in a post disclosed that the thought of having an older man sometimes come into her head.

She wrote, “Sometimes in my head, this is my man…always had a thing for older guys. LOL. PS: He’s in his 50s.” 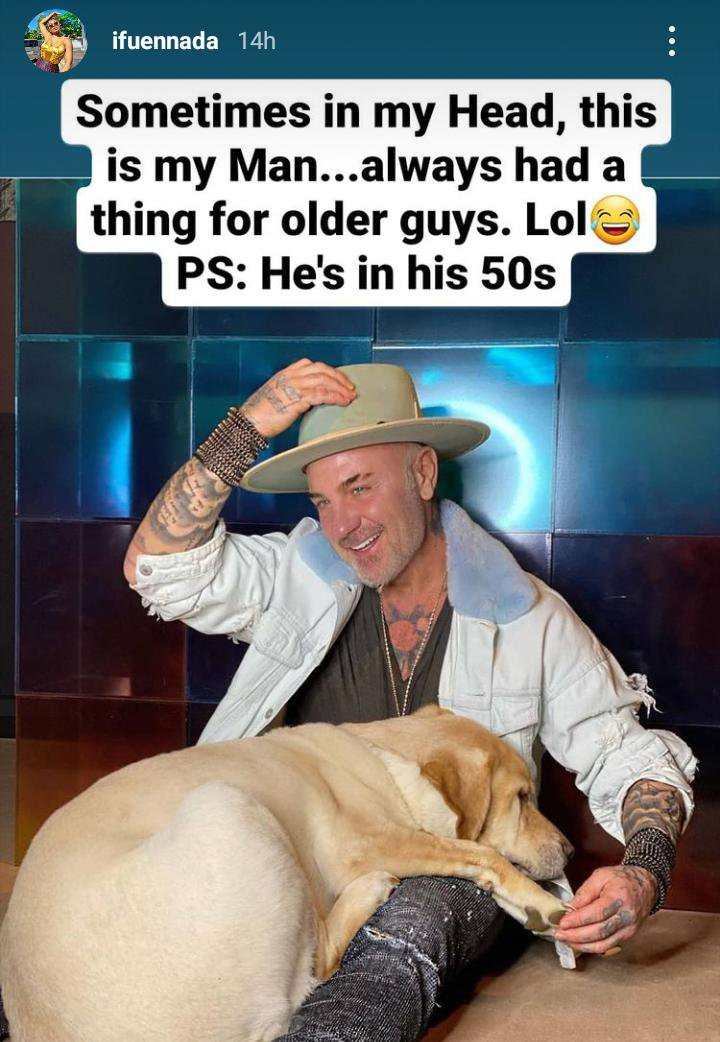 Amidst cheating scandal, singer, 9ice’s wife pens down lovely birthday message to him

“Regardless of everything, I would always be a man and eventually get married” – James Brown opens up