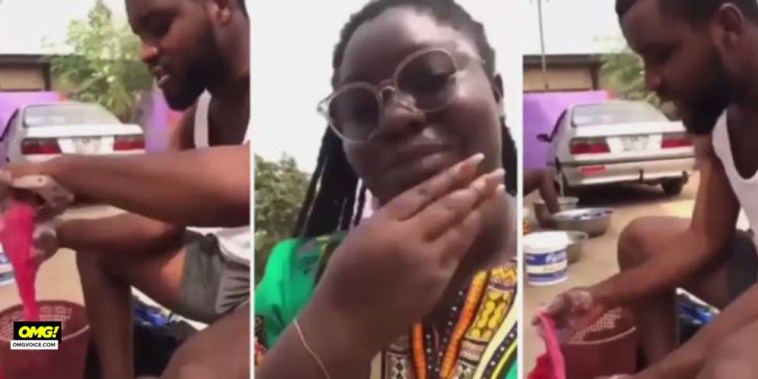 A Nigerian lady has caused quite a stir on social media after flaunting her boyfriend washing her panties in a video.

In the video, a young man is seen busy washing the pants of the young woman who was sitting next to her and chatting while he did the writing.

The overexcited and proud woman decided to capture the moment of her on her camera and also show the face of the man who would practically do anything for her, even wash her underwear.

To show her world her romantic boyfriend, the young woman first recorded herself smiling and said excitedly: “Go to my boyfriend”, while she moved the camera to the side that would show the face of her man.

Noticing, the guy quickly jumped off the stool he was sitting on and used a transparent basket to cover his head.