The Stingy Men Association of Nigerian SMAN seems to be gaining momentum since it started yesterday.

While Mavin label boss, Don Jazzy was the first celebrity to join the association as he took to his social media handle to display his membership card, some of his colleagues in the industry have also joined.

According to the reports, the association is meant for men who are unwilling to spend money on not women alone, but anyone who seeks their financial help.

Their motto which reads: “Let Me See What I Can Do”, means men who belong to the association will always give excuses whenever a woman or anyone asks them for financial help.

Celebrities like Praiz, DJ Neptune, and Mr Eazi have all gotten their IDs as members of the association.

See their membership card below; 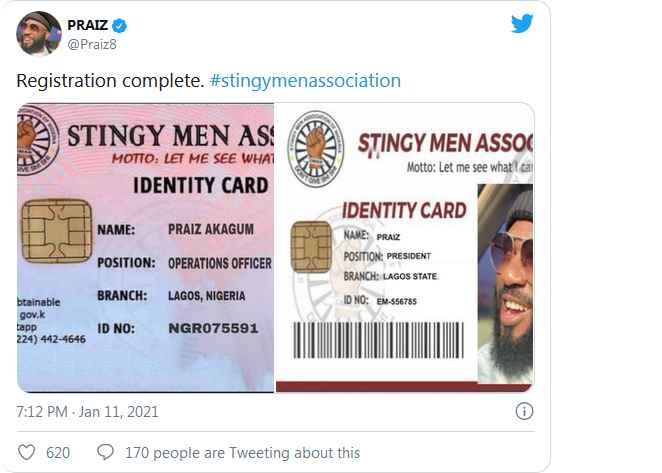 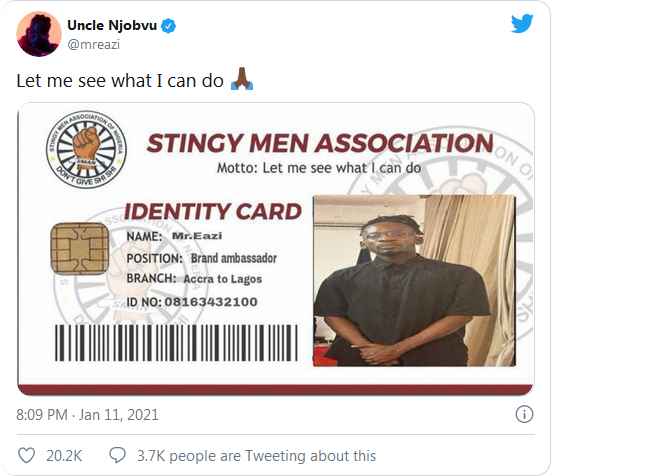 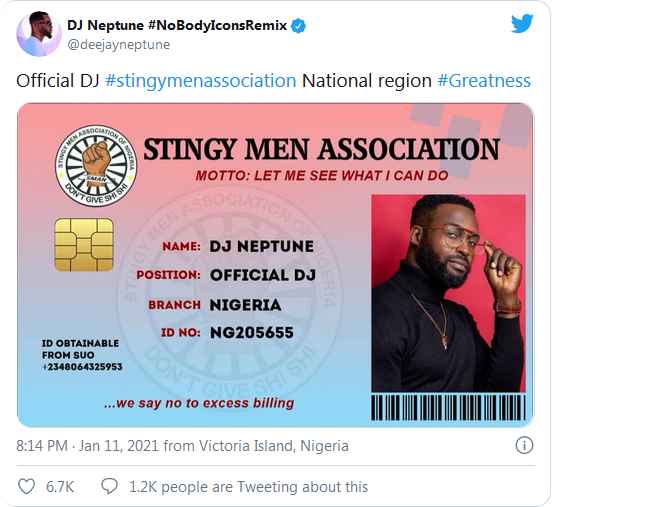