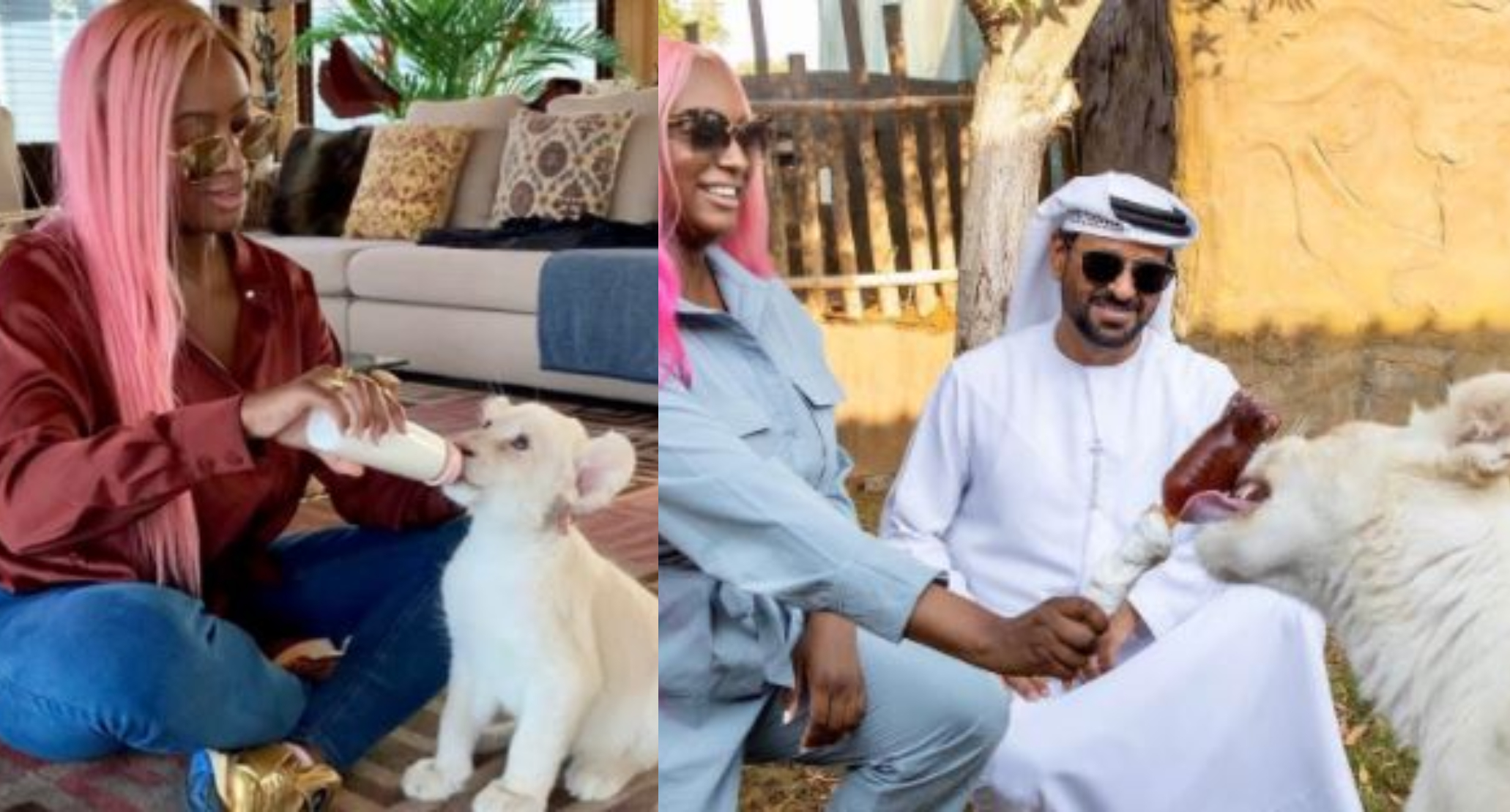 Nigerian billionaire daughter and disc jockey, Florence Otedola, widely known as DJ Cuppy has shared recent pictures of her Lion pet. The elated pet mom took to her social media to share a then and now picture of her feeding her Lion named Cuppy.

The cub that was purchased by the Jollof on Jet crooner over a year ago has grown into  a big cat and Cuppy can’t hold in her excitement.

How it started vs. How it’s goin… Cuppy is getting SO big!, she tweeted. 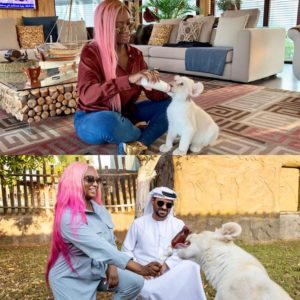 In similar news, another billionaire heir, Kiddwaya has revealed that he partied with the Prince of Dubai on New Year’s Day and it is an experience he can’t get over in a long time. See his post here: 2020 was for Ned Nwoko, 2021 is for Dangote – Nigerians react to Dangote’s viral buttocks video

2020 was for Ned Nwoko, 2021 is for Dangote – Nigerians react to Dangote’s viral buttocks video