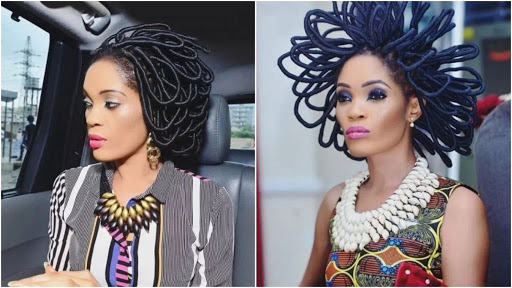 Nollywood actress, Chika Lann has left many Nigerians in shock after she took to Instagram to celebrate the New year by worshipping marine spirits.

According to Chika who prides herself as the ‘goddess of love’, One with the gods is one with God.

Sharing a video of herself dancing, the light-skinned actress wrote;

Mr President wrote: “You just gotta love the Igbo culture see Yoruba boy like me just smiling and moving to the tune of the gods”

Jnr Pope wrote: “She is talking about personal chi ……seat with elders they will explain……God (Chukwuabiama)”

Urifrisson wrote; “What 13 puffs of COLORADO CAN DO TO YOUR BRAIN.. wahalaaaaa be like Mamie water when done losegarde”

Shy Likita wrote; “People that frown at this will still go ahead and celebrate Halloween”

‘I don’t have a rival in the movie industry’ – Actress, Shan George brags