A Nigerian man identified as Chisom Andy has revealed the extent he can go to have billionaire daughter, DJ Cuppy.

Chisom who happens to be crushing on DJ Cuppy became the topic of discussion on Twitter after he claimed that he sold his father’s house because of her.

According to the man in a post via social media, he revealed he sold his dad’s house to place a bet because of the love he has for the billionaire heiress.

DJ Cuppy who is a fan of Manchester United and a brand ambassador to Betking, a sports betting company in Nigeria is known for promoting via her handle.

As part of a promotional for Betking during one of United’s games, DJ Cuppy booked a bet and shared the booking code to all her fans, to place the bet.

”United, are we winning today?

…. Placed my bet for this weekend’s games. #ToCuppyThisBet Use code “C484C” on BetKing” 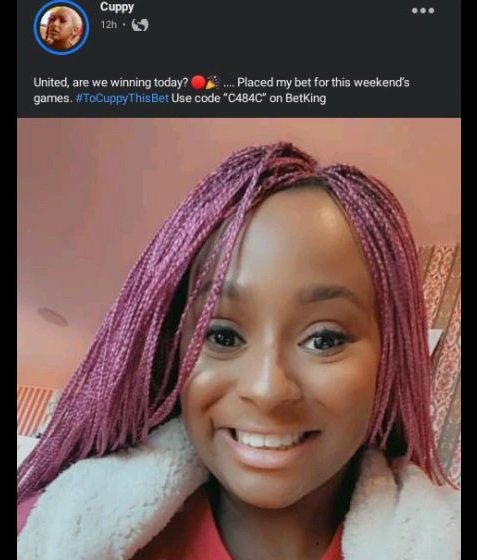 “Yes because of you I sold my father’s house to place a bet. That’s because I love you so dearly @Cuppy.” 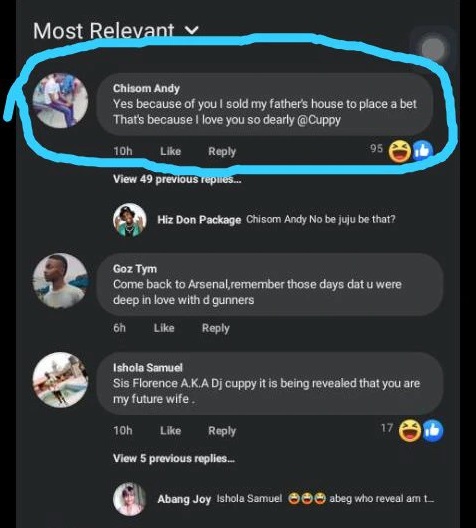 A lot of Nigerians however found his statement hilarious.