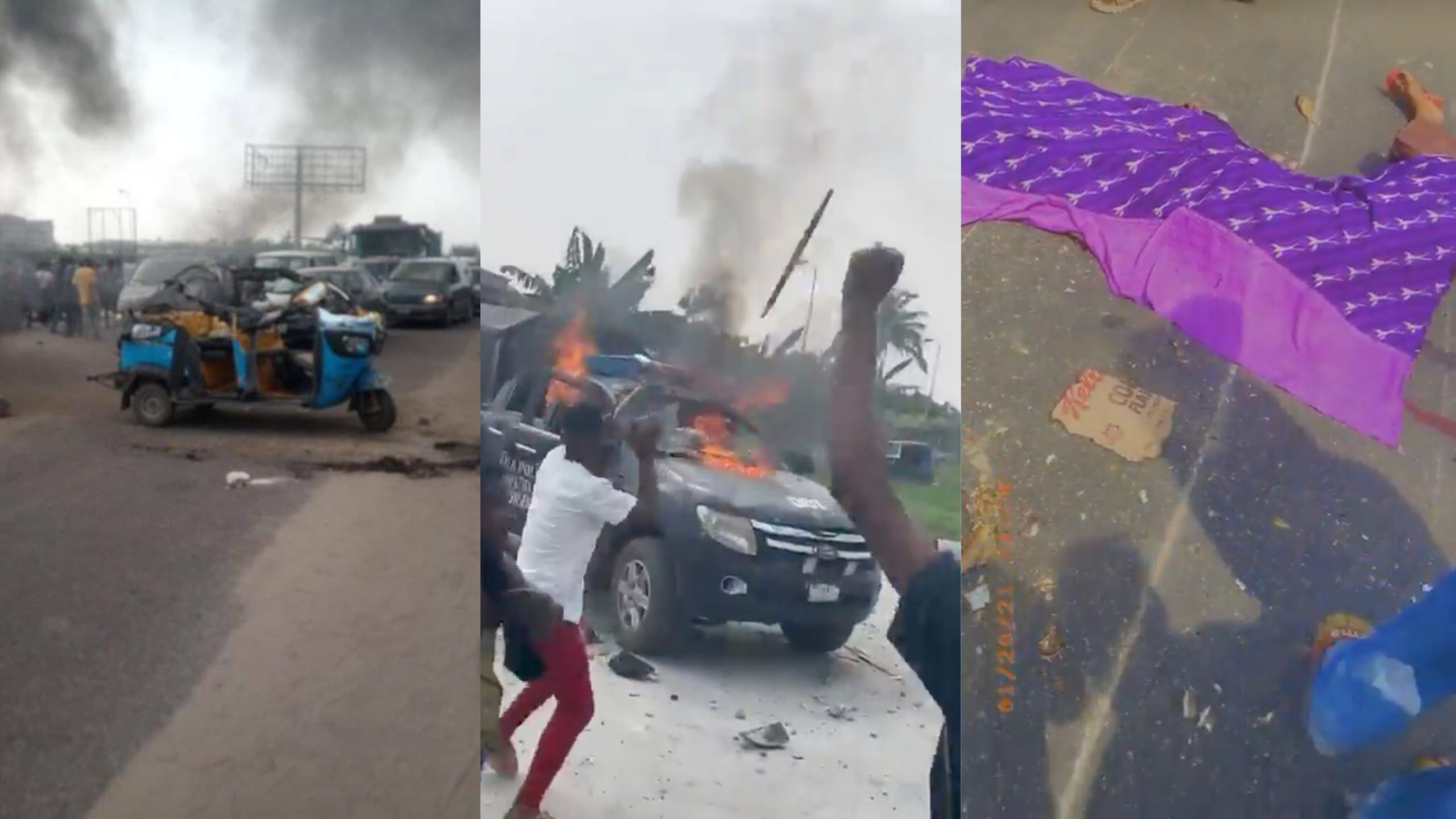 An angry mob set a police vehicle on fire on Wednesday in Warri, the Delta State capital.

The incident occurred at the Petroleum Training Institute (PTI) Junction.

The fleeing operatives were chasing suspected ‘Yahoo boys’ when they hit a mother and her child.

Read Also: The blogger may be right, I know someone she has slept with &#8211; Man reacts to Omotola Jalade&#8217;s infidelity allegations

The victims died on the spot. Photos of the gory sight began making the rounds on social media not long after.

Residents of the area have warned the police authority to apprehend the personnel.

@AishaYesufu @SavvyRinu @YeleSowore some police officers just killed a young boy suspecting to be a yahoo boy along PTI road in Warri this afternoon…indeed Nigeria is a zoo. pic.twitter.com/q2IrDOOtVd