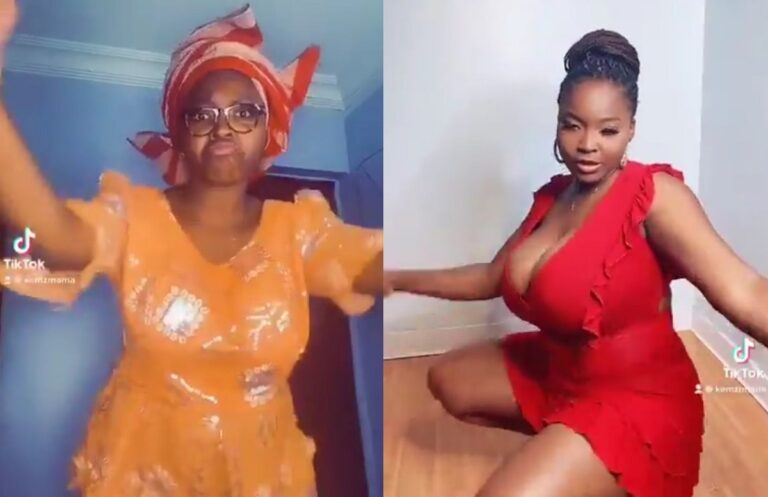 Social media made comedienne, Kemi Ikuseedun, better known as “Mummy Wa” in Mr Macaroni’s skits, has surprised many of her fans in an unexpected way after she participated in the trending Bussit Challenge.

In a video she posted on her social media handle for the #BussItChallenge, Kemi Ikuseedun went from the modest and wrapper-tying Mummy Wa to a hot and sexy “Freaky Freaky” as she rocked a gorgeous red dress.

See also: Never give up if a guy tells you he has a girlfriend, go ahead – Bride-to-be advises

Bae U called out for allegedly cheating and severely…

The video has captured the attention of many Twitter users who expressed amazement at the transformation.

“I hope I am not late

Many took to their social media handles to hail the comedienne.

Never give up if a guy tells you he has a girlfriend, go ahead – Bride-to-be advises

DJ Cuppy says she is tempted to try the #BussItChallenge, reveals the consequences she would face