‘Saggy breasts no be sin’ – Teni lectures an ignorant troll 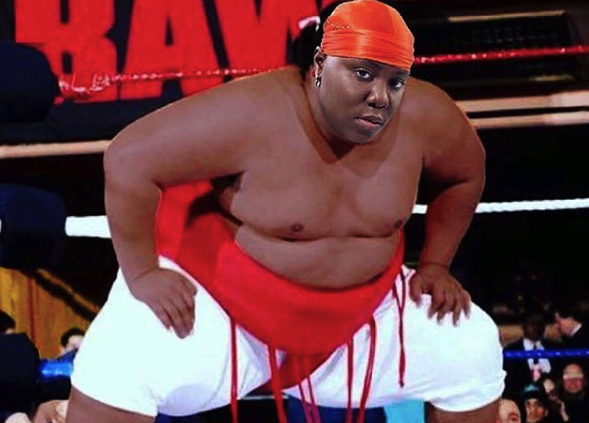 Sensational singer, Teniola Apata, better known as Teni has lectured an ignorant troll on Twitter on some unknown facts about breasts.

The lecture comes after the troll attacked the 28-year-old for saying she would be ditching her bra because she wants her breast to rest.

According to the troll, Teni’s breasts would be left sagging if she dares to ditch a bra.

Watch as Ada Ameh hails Teni for visiting the actress’…

Teni, however, replied him by letting him know that a sagging breast is not a sin.

Reacting to this, a twitter user identified as @RichardMayowa4 wrote;
“What of sagging breast? They will be the cynosure of all eyes including you Teni’

Teni replied the troll with ‘Sagging breast no be sin! Make breeze blow the breast abeg” 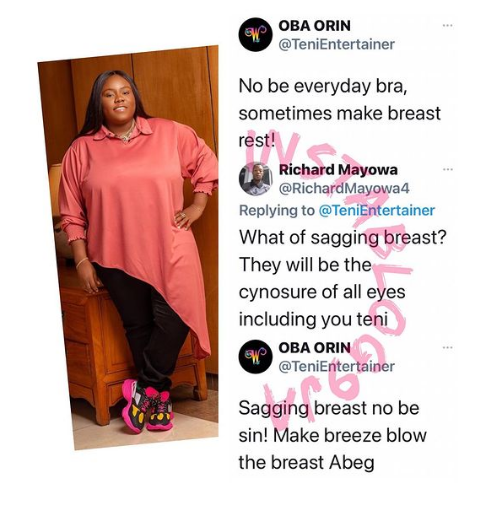