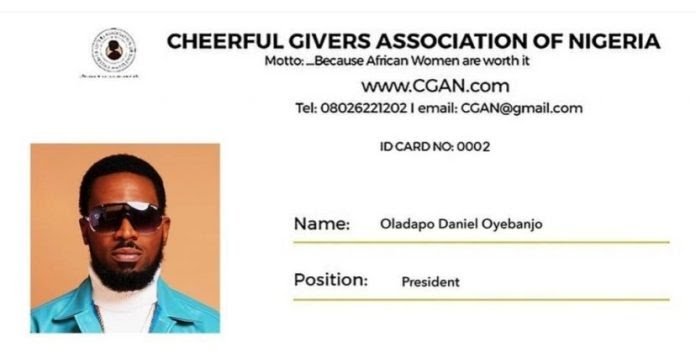 Recall that Seun Kuti launched the movement on Tuesday to counter the Stingy Men Association of Nigeria SMAN.

Dbanj buys his wife a Range Rover SUV worth N30million as…

Seun Kuti moves to register ‘Movement Of The…

“I’m Honored to be the president And National Facilitator of The CGAN Just because Givers Never Lack!!!!.”

See also: Adekunle Gold recounts how he met Simi as they shower encomium on each other to mark their 2nd wedding anniversary

Several other celebrities on Twitter have followed suit in acquiring their ID cards.