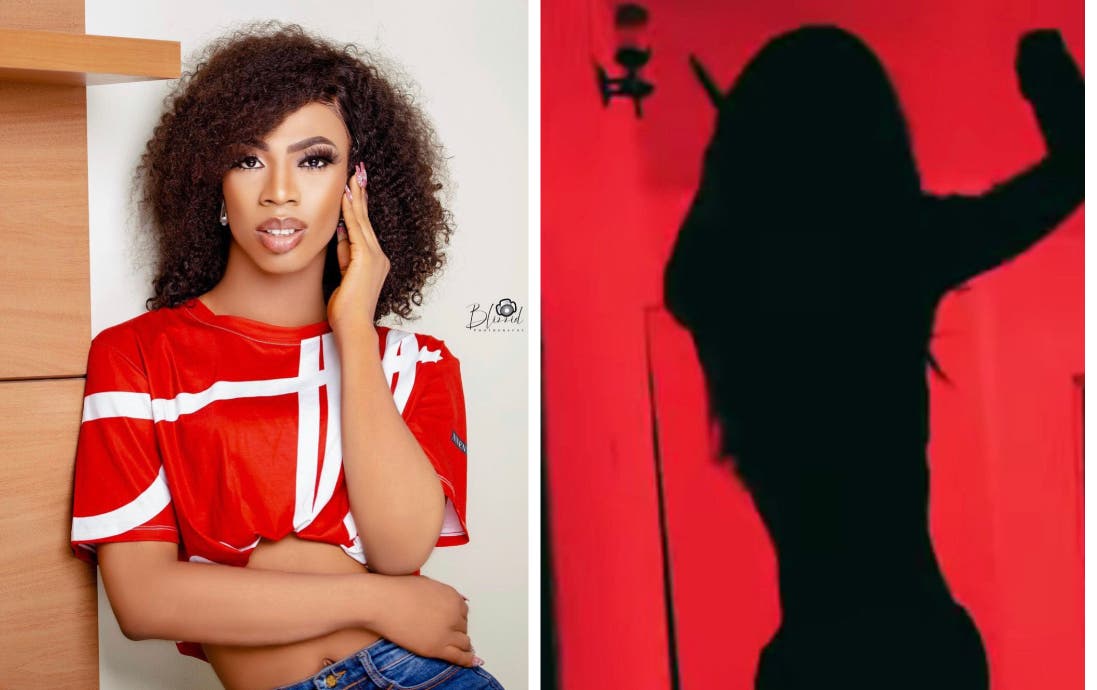 The challenge which has gone viral on social media, Twitter especially has received mixed reactions from Nigerians.

According to some of the people criticizing James Brown on Twitter, many stated that the crossdresser’s silhouette video is scary. Others also accused him of wearing a pampers as they wondered how his butt became big.

Nigerian mum register her displeasure after her son become a…

However, his fans have  hailed him for daring to do the challenge while stating that the video was a huge comic relief.

See also: James Brown all smiles as he meets Desmond Elliot for the first time (Video)