Singer, Chike tenders an unreserved apology for condemning Igbo people who travel to their village during festive period 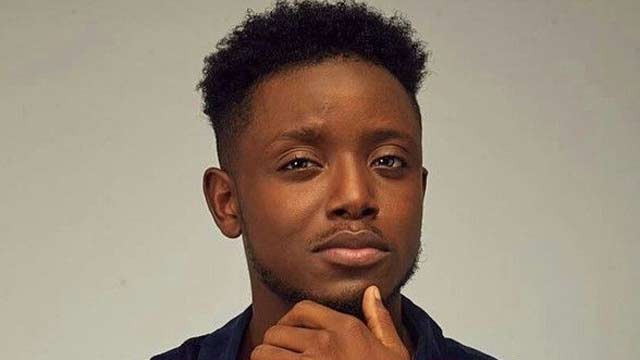 Fast-rising Nigerian singer, Chike-Ezekpeazu Osebuka popularly known by his stage name Chike has tendered an unreserved apology after making an irrational statement about Igbo people who travel to their home town to celebrate the festive period.

The 27-year-old had earlier described the act of Easterners always traveling home for Christmas a primitive behaviour, Chike who also hails from the East wrote;

“Stop travelling to the damn East coz it’s Christmas! Is it worth your life???? Stop that primitive behaviour. The roads are busy! Pick some other damn time! Plan.”

A few hours later, Chike decided to bring down the tweet after getting dragged by Nigerians on social media.

According to Chike, he was controlled by his emotions while making his earlier tweet after two of his friends who travelled for Christmas died in a car accident while returning back to the city.

He wrote, “I believe my now-deleted tweet was misunderstood as it was an emotional one. This morning, 2 friends died on their road trip back from the village. I think the roads are too risky for everyone to be headed home & back. If you have been hurt, I sincerely apologize.” 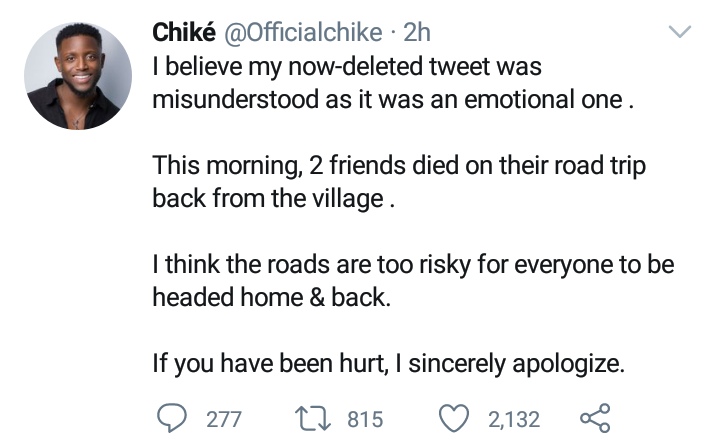