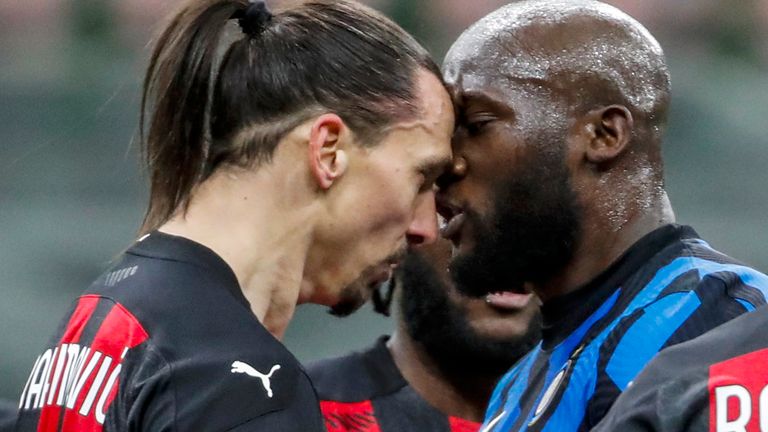 Monday night in the Italian league came with a drama on the pitch as former Manchester United team-mates Zlatan Ibrahimovic and Romelu Lukaku clashed during a Milan derby between Inter Milan and AC Milan in Coppa Italia quarter-final.

AC Milan’s Ibrahimovic and Inter’s Lukaku were both booked after a spat at the end of the first half, which continued into the tunnel during the interval.

Ibrahimovic, who had given Milan a first-half lead, was sent off after picking up a second yellow card after the break, while Lukaku levelled with a penalty before Christian Eriksen struck a stoppage-time winner for Inter to send them through with a 2-1 win.

What started as an exchange of words led to the pair going head to head.

Ibra and Lukaku scrapping👀👀 SLY GOT IBRA WINNING THIS pic.twitter.com/11U5lxjP4C