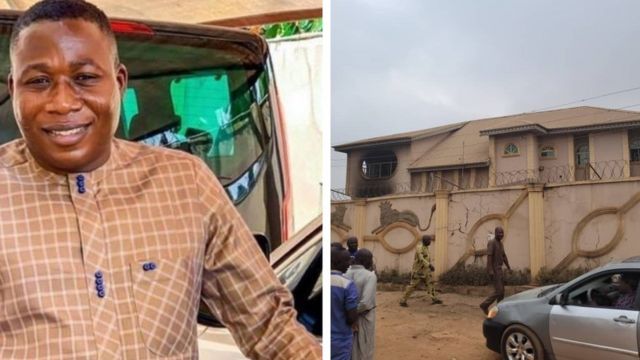 Popular Yoruba activist, Chief Sunday Adeyemo, better known as Sunday Igboho, has threatened that those who razed down his house in the Soka area of Ibadan, Oyo State, would run mad in 48 hours.

Igboho noted that the attackers thought he would be at home when they burnt his house around 3 am on Tuesday, but missed him.

According to reports, the arsonists, on arrival at Igboho’s residence in Ibadan, reportedly fired gunshots indiscriminately before setting it ablaze.

This happened just five days after Igboho made good his promise that he would ensure no Fulani herders remained in Ibarapa.

A source close to Igboho said the arsonists stormed his old house around 3am, thinking he was around.

On his Twitter handle, Igboho wrote, “This happened at about 1 am today. They thought I was still in the house. I am safe and sound, my people. You can’t kill a breeze. In 48 hours, the attacker would be revealed and would run mad. I have spoken.”

“When are ya gonna put it in?” VP Kamala Harris jokes after getting her second COVID vaccine dose (Video)