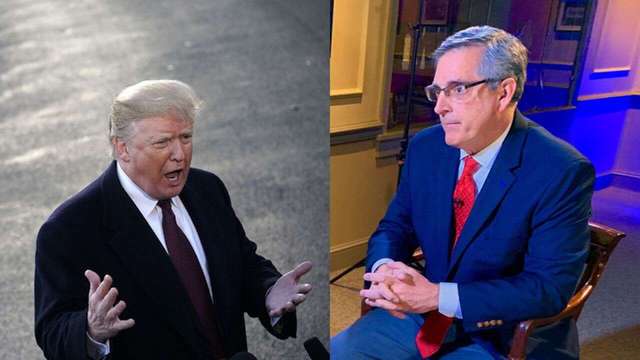 President Donald Trump begged Georgia’s secretary of state to overturn the election results in an astounding hourlong phone call obtained Sunday by NBC News in which the president offered a smorgasbord of false claims about voter fraud and repeatedly berated state officials.

“So look,” Trump told Secretary of State Brad Raffensperger. “All I want to do is this. I just want to find 11,780 votes, which is one more than we have. Because we won the state.”

Excerpts of the call, which took place Saturday, were first published Sunday by The Washington Post.

The phone call featured Trump, days before he is set to leave office, pleading with Raffensperger to alter the vote total and launching into a barrage of discredited conspiracy theories about the election. Trump even suggested that Raffensperger, who is a Republican, may face criminal consequences should he refuse to intervene in accordance with Trump’s wishes.

Raffensperger and his office’s general counsel, Ryan Germany, pushed back against Trump’s claims and said President-elect Joe Biden’s victory of more than 12,700 votes was accurate.

“The people of Georgia are angry. The people in the country are angry,” Trump said in the call. “And there’s nothing wrong with saying, you know, um, that you’ve recalculated.”

Raffensperger responded, “Well, Mr. President, the challenge that you have is the data you have is wrong.”