Actress, Chioma Nwaoha comes under fire for telling her kids to tap her backside (Video) 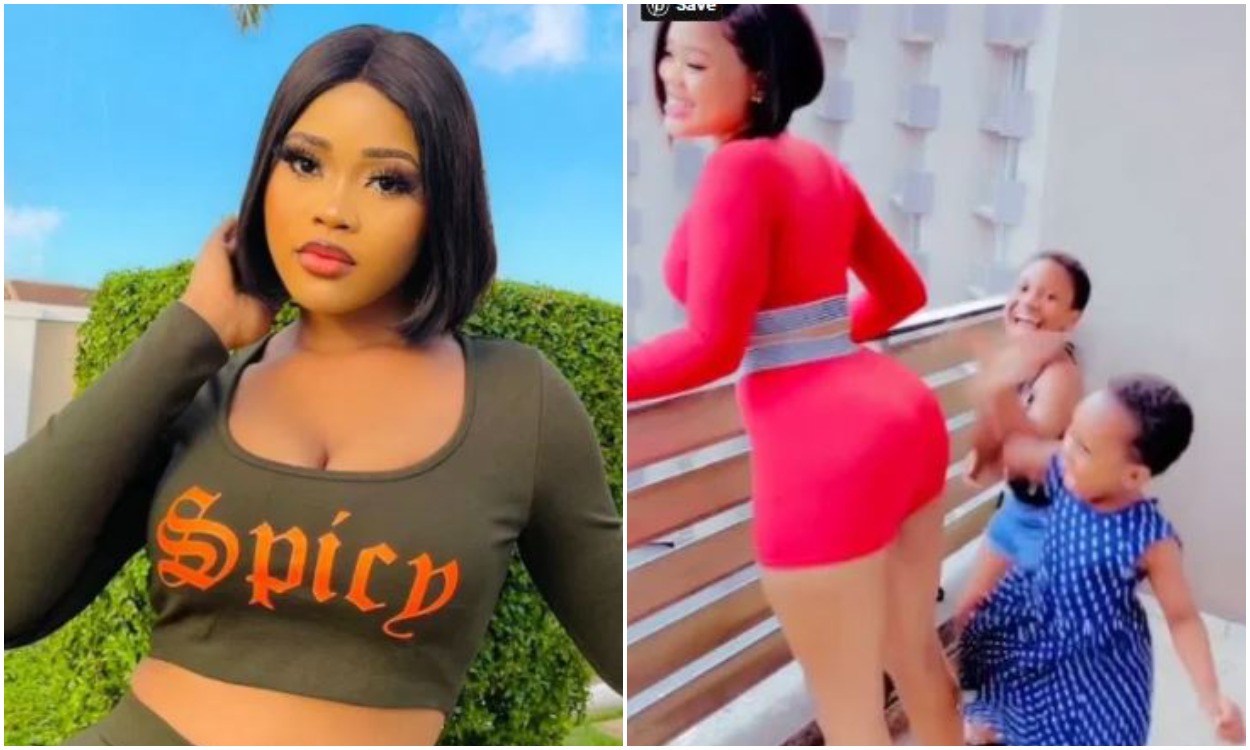 Nigerians have taken to social media to blast Nollywood actress, Chioma Nwaoha,  after she allowed her kids to tap her backside in a video she posted on social media.

See also: More trouble for Hushpuppi as he is linked with North Korean bank robbers

However, some online users were infuriated by her marketing approach as they blasted her for asking the kids to touch her bums.

She shared the video and wrote,

“We play too much  Watch till the end .”

Reacting to the video, some online users thought that the actress was exposing and teaching her children the wrong things.

She however seems to see nothing wrong with it