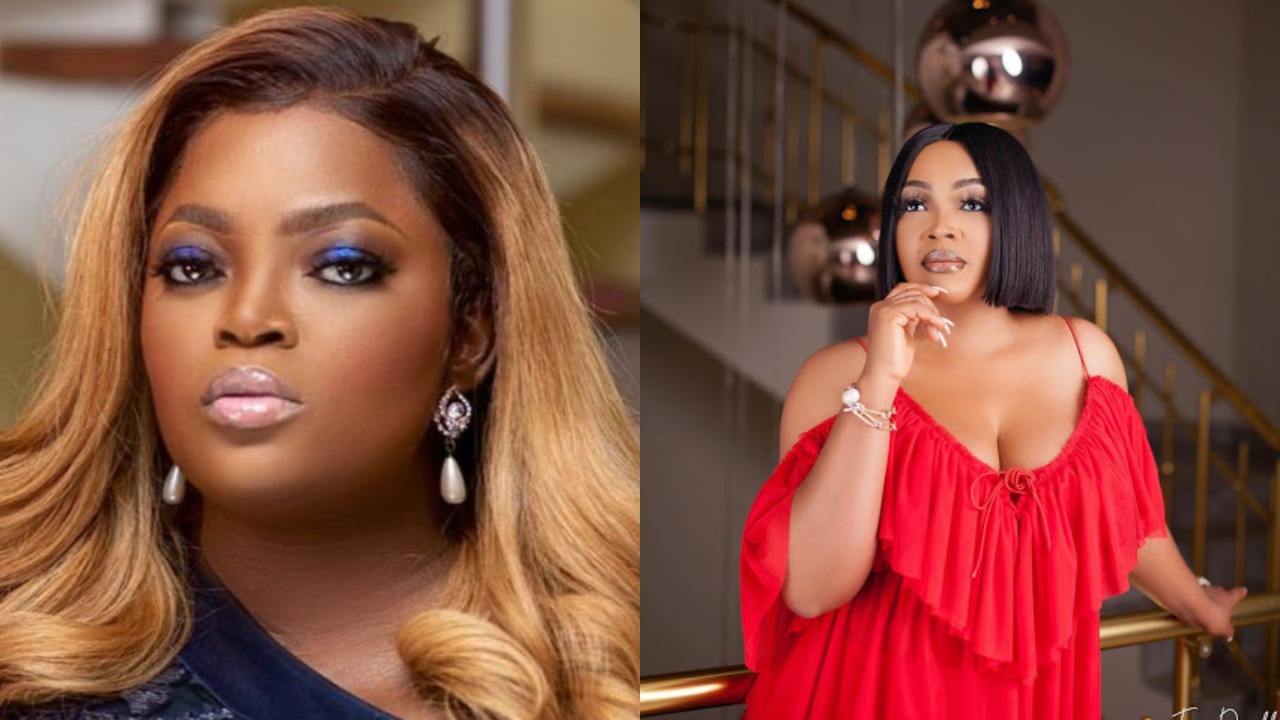 According to Funke, she is happy for Mercy and she wants her to drive her in her new SUV to the cinema to see her new movie, Omo ghetto the saga again.

Taking to her Instagram page to specially celebrate the 43-year-old, Funke wrote;

“@realmercyaigbe congrats on your new whip!!! Oya buy one SUV for me too as per say You be my co-star in #omoghettothesaga Babes, you go use that new SUV carry me go watch #omoghettothesagamovie today for cinema o!! God bless you more dear”

Reacting to this, Mercy Aigbe wrote;  “Thank you, babe! Oya leggggo! I will use it to carry two of your fans too! Oya if you want to ride with me in my new RR to see the highest-grossing movie #omoghettothesaga in the cinema like this comment”

This comes a few hours after Iyabo Ojo dragged her colleague, Mercy Aigbe on Saturday for lying about being gifted a range rover as a show of some competition of some sort especially coming after Iyabo Ojo was given hers a few months before.

According to the mother of two, being in a competition with someone is toxic and stressful. Adding that its old fashioned lacking peace of mind because of competition.

Bobrisky indirectly warns fellow crossdresser, James Brown, says he should never try to compete with him