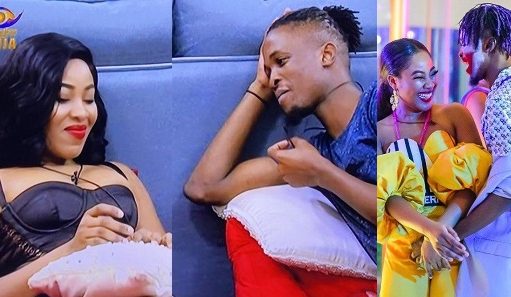 Following the premiere of Big Brother Naija, Laycon’s reality show, the singer finally opened up on his relationship with Erica while they were in the house.

According to the 27-year-old rapper, he tried to move on when he realized she couldn’t reciprocate his feelings but it was hard to avoid not talking about the situation other housemates because he was in a confined space and he need to talk about it with someone.

My song blew but I did not blow – Rapper, Laycon laments

Headies 2022: It hurts not being nominated – Laycon cries…

“So in a house, where we were just twenty of us and I’m sorry, how was I supposed to deal with that issue if not talk about it? Cause even when I’m outside the house, I talked about it.

“I needed space, I need space. I try to give space as much as possible but in the house…that we were together in, that was hard for me. And talking about it kind of helped me mentally go through it. So, that’s that”, he said.

Video: Davido’s sister, Sharon opens up on being broke despite being a billionaire’s daughter