BREAKING: No survivors as military aircraft crashes near Abuja airport 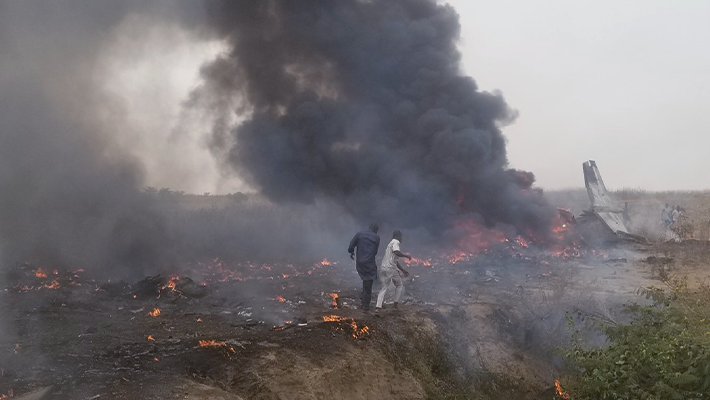 A military plane has just crashed near Nnamdi Azikiwe International Airport in Abuja, amidst reports that there were no survivors aboard the ill fated flight.

Read Also: Who is that – Maureen Esisi says after a fan asked if she would take back ex-husband, Blossom Chukwujekwu

“A military aircraft King Air 350 has just crashed short of our Abuja runway after reporting engine failure enroute Minna. It appears to be fatal. We should remain calm & wait for the outcome of investigation by the military, while we pray for the departed soul/souls if any,” the minister said.